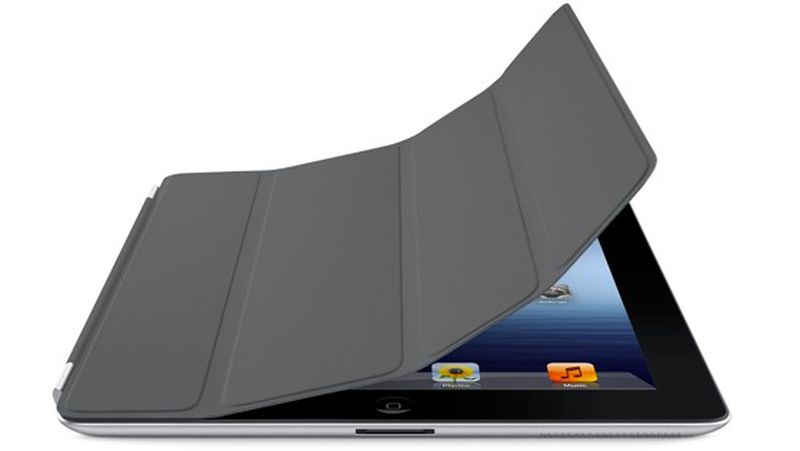 Mark Booth has more details as to why Apple choose to make the change:

I've learned why Apple decided to use a polarity sensitive switch in the new iPad 3. Some iPad 2 customers were having issues with their iPads entering sleep mode when they flipped Apple's Smart Cover around flat behind their iPad 2. Since the iPad 2's sleep/wake sensor wasn't polarity specific, it could sometimes be triggered from the magnet being positioned at the rear of the iPad. By changing to a sensor that requires the correct polarity, the problem is eliminated.

My friend dropped his iPad 2 and iPad 3 on pavement and guess what? iPad 2 not a damn scratch but the 3 shattered. Take what you will out of it.


How scientific. And he must have had his most unlucky day ever, dropping two iPads at the same time at the same place :eek:.
Rating: 25 Votes

This wouldn't be happening under Steve's watch.


If your new iPad is doing all that, take it back.
Rating: 22 Votes

This wouldn't be happening under Steve's watch.


Mine doesn't even get warm unless I crank the backlight, which I never have a need to do, it charges fine and the smart cover from my dad's iPad 2 works fine on it.
Rating: 7 Votes

My friend dropped his iPad 2 and iPad 3 on pavement and guess what? iPad 2 not a damn scratch but the 3 shattered. Take what you will out of it.


please tell your clumsily friend to report back next year when he or she drops their iPad 4.
Rating: 5 Votes

l.w41sh
I don't want to jinx myself but I have not had amy problems with my "New iPad".
It charges fine over night. It gets warm while playing Sky Gamblers.
The smart cover that I bought with my iPad 2 works fine.

Bring on the next problem.
Rating: 5 Votes

Laird Knox
For those asking why some work and some don't:

Now with the new sensors the magnet can only be oriented in one direction for the cover to work properly. In the older covers it was random which way the magnet was oriented - kind of like flipping a coin. Sometimes it will be N-S and the rest of the time it will be S-N.

This also means that any new covers will also work with all iPads using the older sensor.
Rating: 4 Votes

I get flamed. Nice. Allow me to state some facts for you about the iPad 3:

Do you really think we would be talking about these issues under Jobs' watch?


Such a Negative Nelly you are.

Bigger and heavier? Yes, but barely noticeable. It runs hotter than the iPad 2? Isn't that to be expected? Won't charge? It DOES charge, it just takes longer, and there's a glitch with the battery sensor. OLDER covers don't work. You're not a person who pays attention to detail, are you?

Were you expecting all of this on an iPad as thin as paper, that charges in an hour, and runs on cold fusion?

Edit:
And didn't we have the "antennagate" under Jobs? What about location logging? Exploding iPhones? People always find issues to complain about, some are valid, some aren't
Rating: 3 Votes

Read the original article - some iPads would turn off when the cover was flipped around to the other side (opened). It was to solve an existing problem.


Ah, sorry. Serves me right for skipping past the article onto the responses.
Rating: 3 Votes

That's interesting. Why would they introduce the polarity sensing? Is there some new functionality with the Smart Cover in the new iPad?

Otherwise, it's just case of "Let's introduce a component which arbitrarily stops ~50% of existing smart covers from working".


Read the original article - some iPads would turn off when the cover was flipped around to the other side (opened). It was to solve an existing problem.
Rating: 3 Votes
[ Read All Comments ]