Friday March 2, 2012 9:43 pm PST by Eric Slivka
Apple's App Store today reached 25 billion downloads since its inception in 2008, and along with the milestone comes the end of the company's "25 Billion App Countdown" promotion launched just over two weeks ago. The winner of the promotion, who is yet to be announced, will be awarded a $10,000 gift card valid for App Store, Mac App Store, or any other iTunes Store content. 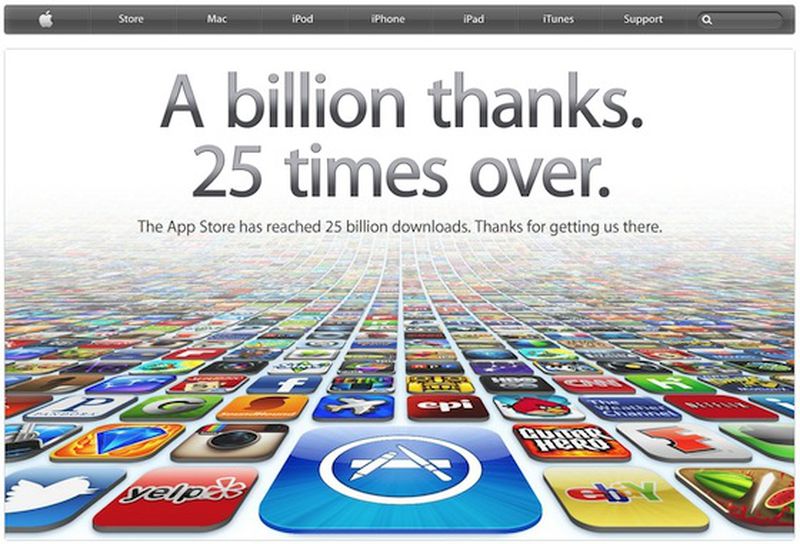 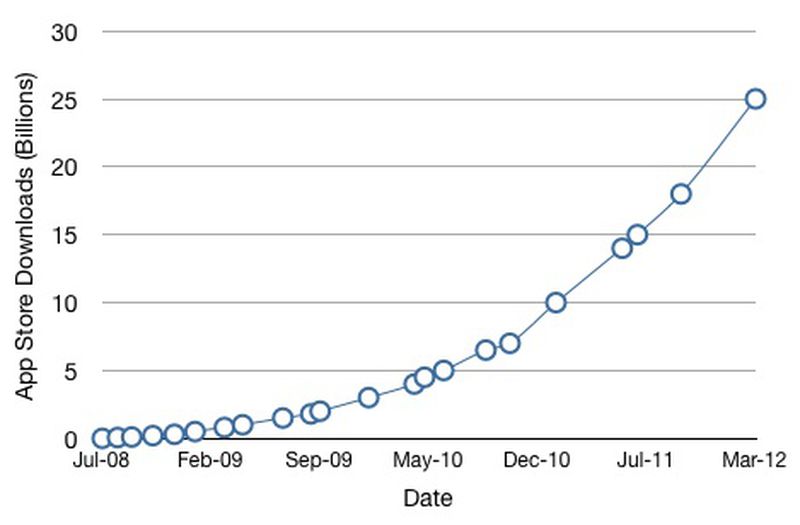 With today's milestone, the App Store has seen its last 10 billion downloads come over a period of just eight months, putting Apple's pace at 15 billion downloads per year and undoubtedly continuing to accelerate. As tracked by our sister site AppShopper, Apple has approved a total of nearly three quarters of a million apps for the App Store, with over 550,000 of them currently available in the store.

...how generous from a company that's sitting on 100 billion in cash.


They could have just let the milestone pass and kept the $10k. You seem like the type of guy who would get a new car for your 18th birthday then complain about the colour.
Rating: 31 Votes

campingsk8er
watch it be some 10 year old or 80 year old that didn't even know about the promotion
Rating: 23 Votes

bb426
If you just downloaded a bunch of apps, please raise your hand...
Rating: 13 Votes


No, only App Store, ITunes Store and iBookstore. It's not for the Apple Store.
Rating: 11 Votes

What?! How is it even a contest then?

You can't win Lotto without buying a ticket, how can it be OK to win this without downloading an app? Makes no sense.


The lotto is a game of chance you pay for.

A contest is illegal to charge for in the USA. There is always a way to enter a contest without purchasing anything.

That's why you will always see " no purchase necessary" on contest rules in the US.
Rating: 8 Votes

Peace
you didnt have to download an app to win.
Rating: 7 Votes

caliguy
It's strange on that main graphic how many apps can be seen multiple times. You'd think they wouldn't have duplicates. LAAAAZYYYYY!
(and I care too much)
Rating: 6 Votes