Despite some questionable rumors of price hikes earlier this week, 9to5Mac reports that reliable tipster Mr. X has revealed that the new iPad 3 will carry the same prices as the iPad 2 and also come in the same storage configurations at 16GB/32GB/64GB.

We’ve gotten word that iPad pricing is going to be the same across the board as the current iPad 2 models which should be no big surprise given Apple’s history – they rarely raise prices. Even better, some countries with currencies doing better than the US dollar should expect to see marginal drops in prices.

The source had previously revealed part numbers that had appeared in Apple's retail inventory. The source now seems to be suggesting that those part numbers carry the same prices and configurations as the current iPad 2.

Some had been hoping for a boost in storage capacities to account for the long rumored Retina Display that is expected to be found on the iPad 3. Retina-sized graphics and video will take considerably more storage than those designed for the standard iPad.

Apple is holding a media event on March 7th to presumably announce the new iPad.

SandboxGeneral
This is a good rumor regarding the prices. Glad it may not go up.
Score: 30 Votes (Like | Disagree)

I have the 32gb ipad2 and i have even took off all my music to fit the apps and movies i have on it now. File sizes are only going to go up with this ret display.
Score: 19 Votes (Like | Disagree)

What the hell does it matter to you WHY he wants to put all his movies on his iPad?

No 128GB version would be a DISASTER.

I AM NOT GOING TO SPEND MY HARD EARNED MONEY UPGRADING MY EXISTING 64GB IPAD FOR ANOTHER 64GB IPAD NO MATTER HOW GOOD THE BLOODY SCREEN IS.

You're right about not telling people how to use the storage on their iPads. But you need to calm down. Nobody's forcing you to upgrade so why go crazy over it.
Score: 18 Votes (Like | Disagree)

Since no one posted it yet... Guess I'll do it lol

Damn!!! I'm going to have to stand in another line and people who own Samsung products will drive by and heckle me YET AGAIN!!! :( 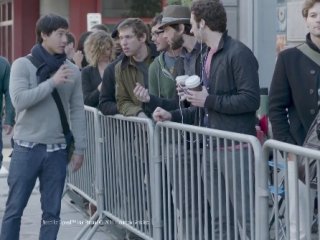