iPad 3 Event in March, An 'Unusual' Apple Event in February?

Japanese blog Mac Otakara has posted a follow-up to their previous claim of a February iPad 3 media event.

The original report had claimed that Apple would hold an iPad 3 media event in February with product launch in March. We had expressed some doubts about the long lead time between event and launch. Mac Otakara has had a mixed track record in the past, but has had enough hits that they continue to warrant attention.

The site is now reporting that while there will be an event in February, that it would be a "strange" (or unusual) event rather than the usual product announcement event:

I reported that Apple was going to hold Special Event in early February according to Asian supplier and source from united states, but this report told a half-side of truth. Apple will hold "Strange" event at February instead of Special Event.

Meanwhile, they now report that the iPad 3 announcement and launch will both take places in March.

AppleInsider contacted the author for clarification but was only told that the February event would not be a product event.

apparently, a better translation is "unusual" or "out of the ordinary" rather than strange.

I would have left it as 'strange event'. That sounded far more intriguing. 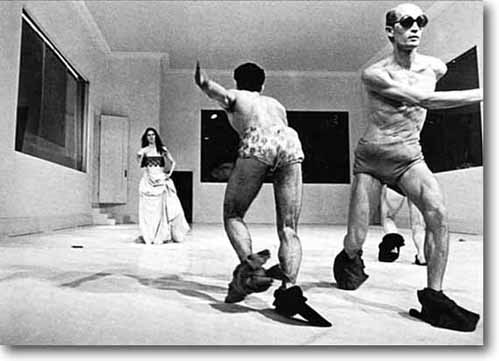 Feb event will be discontinuation of Pro lines, ditching Macbook Pros and Mac Pros, and switch to only Macbook naming convention.

iMac will remain the same.

NAG
Cook throws a BBQ and at the very end he reveals that he was using a Powerbook G5 instead of a grill the entire time.
Score: 11 Votes (Like | Disagree)


Here, Winni. Are you ever happy about anything?

There's alot to be said for having a positive outlook on life.
Score: 8 Votes (Like | Disagree)
Read All Comments

Saturday April 17, 2021 4:43 am PDT by Sami Fathi
Reliable leaker known as l0vetodream has hinted that Apple may debut its rumored redesigned and colorful iMac at its "Spring Loaded" event on Tuesday, April 20. In a tweet, the leaker posted an image of Apple's logo used for marketing the upcoming event and an image of the retro rainbow Apple logo alongside the colorful lineup of G3 iMacs. Apple leaker Jon Prosser previously reported that...
Read Full Article • 287 comments

Monday April 19, 2021 11:30 am PDT by Juli Clover
The upcoming 12.9-inch iPad Pro will be thicker than the previous-generation version, likely due to the inclusion of the mini-LED display. We've heard several rumors about the change in thickness, and now leaked design images have confirmed it. A source that designs accessories for Apple devices sent MacRumors a series of photos that feature exact dimensions for the new iPad Pro models, and...
Read Full Article • 233 comments