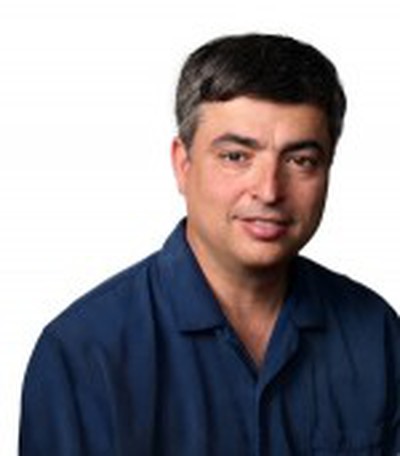 AllThingsD reports that Apple is said to be planning a special event in New York for the end of this month. The event is reported to be for a "media-related announcement" and not for the iPad 3 or an Apple television set.

According to sources close to the situation, Apple is planning an important — but not large-scale — event to be held in New York at the end of this month that will focus on a media-related announcement.

Per the usual caveat, the tech giant is well known for moving around their public show-and-tells, so this could certainly change at any moment.

As the report notes, the New York location makes it likely that the announcement has something to do with advertising or publishing. Several of Apple's media and advertising units under senior vice president Eddy Cue have significant presences in New York City, and Cue is also said to be set to play a role in the event.

Apple participated in a pair of New York-based media events last year, although both of those were primarily hosted by other companies: the Verizon iPhone introduction and the launch of The Daily. The company had previously been a participant in Macworld Expo events held in New York, but that event ceased to exist a number of years ago and Apple has now pulled out of trade shows entirely.

Update: The Loop's Jim Dalrymple tersely indicates that he is hearing similar information.

Do people here posses the skill of reading and more importantly comprehension??
Score: 44 Votes (Like | Disagree)

miiiight be an iPod event? since the last one saw hmm ... no updates to the iPod line :P Who knows, most likely a trade focused event as suggested. But that's not exciting!

New Mac Pro's probably will be my guess

Am I the only one who sees this sentence in the original post?

The event is reported to be for a "media-related announcement" and not for the iPad 3 or an Apple television set. As the report notes, the New York location makes it likely that the announcement has something to do with advertising or publishing.

firestarter
Could it be school textbooks?

That was supposedly one of the areas Steve wanted to see 'fixed' (according to the biography) - and it's vaguely media related.
Score: 10 Votes (Like | Disagree)

nsayer
My bet is it's Newsstand related, probably intended to (somehow) boost that category within the app store.
Score: 9 Votes (Like | Disagree)

ninjadex
While we are guessing, my bets are on new TV content and subscriptions through iTunes.

One more thing, apps for Apple TV. They will want apps adapted for this format in the marketplace well ahead of a potential Apple TV, to ensure its success. Using the existing ATV2 is the perfect way to guarantee a healthy selection upon its launch.
Score: 6 Votes (Like | Disagree)
Read All Comments

Tuesday May 11, 2021 5:06 am PDT by Hartley Charlton
Apple's next MacBook Air will feature a completely new design and come in a range of colors like the 24-inch iMac, according to leaker Jon Prosser, who has now released supposedly accurate renders of the new machines based on leaked images. In a new video uploaded to YouTube channel Front Page Tech, Prosser elaborated on his previous prediction that Apple's next-generation MacBook Air models ...
Read Full Article • 85 comments

Monday May 10, 2021 10:41 am PDT by Juli Clover
Apple's upcoming iPhone 13 models will be slightly thicker than the iPhone 12 models and will also feature larger, thicker camera bumps with lenses that protrude less, according to iPhone 13 schematics seen by MacRumors. The new iPhone 13 and 13 Pro models are expected to feature a thickness of 7.57mm, up from 7.4mm in the iPhone 12 models. That's an increase of 0.17mm, which won't be hugely ...
Read Full Article • 210 comments

Tuesday May 11, 2021 11:56 am PDT by Joe Rossignol
Last month, Apple introduced a new iPad Pro with the same M1 chip found in the latest Macs, and early benchmark results indicate that the M1 iPad Pro is over 50% faster than the previous-generation iPad Pro. Based on five legitimate Geekbench 5 results (here's the fifth) for the fifth-generation 12.9-inch iPad Pro with the M1 chip, the device has average single-core and multi-core scores of...
Read Full Article • 271 comments