Japanese blog Mac Otakara has purchased some of the early iPad 3 parts that have been circulating at online retailers. These parts come from TVC-Mall which also stocked early iPhone 4S parts in the months before its launch. (via Electronista)


The parts are slightly different than the iPad 2 versions of the same parts, but are otherwise unrevealing.

We track parts supplies of upcoming Apple products as it is typically a sign that Apple has begun or is close to manufacturing their new devices. Parts leaks in the past have accurately predicted features of new devices, though these particular internal parts aren't particularly revealing. Cases and device enclosures are typically the most interesting of the early supplier leaks.

Apple is expected to launch the iPad 3 in early 2012. Reports have suggested a launch anywhere from January to April, with more recent reports suggesting an earlier launch. The iPad 3 will likely carry a high resolution "Retina" display as one of its distinguishing features. 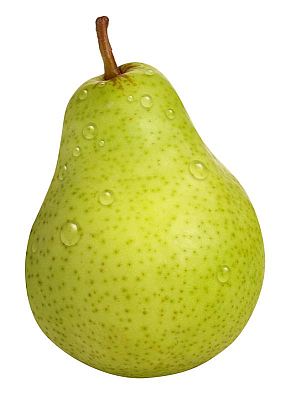 NutsNGum
A charger connection?! When will the excitement END?!?
Score: 11 Votes (Like | Disagree)

rosalindavenue
This is not an original thought (I read it elsewhere on the forum) but Apple should not release (or even announce) the new ones until 3 months after Christmas, or next Christmas sales will suffer the Osborne effect. I bought my iPad 1 around Christmas last year (knowing full well the 2 was around the corner), by the time iPad 2 was announced on March 2 and sold March 11 I felt I'd had the benefit of it long enough that I had not been "cheated." If you announce a new one in January, lots of new owners will feel ripped off (rightly or wrongly, of course).
Score: 2 Votes (Like | Disagree)

Zudeo
That dramatic music kills me. I would like the full song please. lol.
Score: 1 Votes (Like | Disagree)


If anything, Apple would simply add Thunderbolt to the EXISTING dock connector.


Exactly. Here's hoping that they do!
Score: 1 Votes (Like | Disagree)

Gotta love the dramatic music they used in the video. - Looking forward to some real meat to the rumors of what the next iPad will bring.

Love the dramatic music. Makes me wonder what picture is gonna come up in the next slide. Then I get disappointed. Lol.
Score: 1 Votes (Like | Disagree)
Read All Comments

Tuesday January 26, 2021 7:20 am PST by Joe Rossignol
In its Black History Month announcement this morning, Apple has confirmed that iOS 14.4 and watchOS 7.3 will be released later today. watchOS 7.3 expands the ECG app on the Apple Watch Series 4 and newer to Japan, Mayotte, Thailand, and the Philippines, while iOS 14.4 introduces a notification on iPhone 12 models with non-genuine cameras. Both software updates also add support for a new...
Read Full Article • 56 comments

Tuesday January 26, 2021 6:14 am PST by Joe Rossignol
Apple today announced that it will be celebrating Black History Month with curated content that highlights and amplifies Black creators, artists, developers, and businesses across the App Store, Apple Music, the Apple TV app, Apple Books, Apple Podcasts, and more. The content will be featured throughout the month of February. Black Unity Sport Band has "Truth. Power. Solidarity." ...
Read Full Article • 132 comments