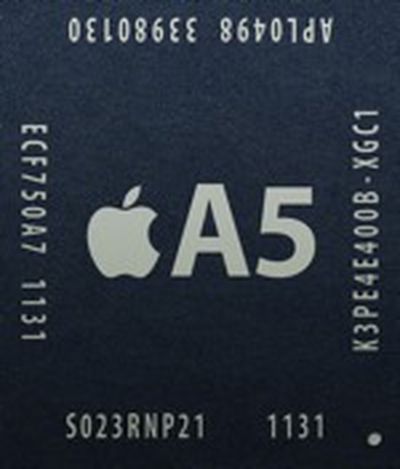 Sources inform "Globes" that Apple Inc. has decided to open a development center in Israel focusing on semiconductors. The decision was taken even before the company entered into talks to acquire Herzliya-based flash storage solutions provider Anobit Ltd..
Apple has hired Aharon Aharon, a veteran player in Israel's high tech industry, to lead the new development center.

Aharon Aharon comes to Apple with a varied background that will assist him in setting up a semiconductors operation for a foreign company. His most high-tech venture was Camero Tech Ltd., which develops Radio Frequency (RF) based imaging systems, and which he founded in 2004 with Amir Beeri. Aharon serves as chairman of Camero Tech. Before that he was chairman of embedded security solutions developer Discretix Inc. and managed their Israel development center. Earlier still he was VP operations at Zoran Corp. (Nasdaq: ZRAN), having begun his career at IBM's Haifa development center where he reached the post of deputy director.

Globes also claims Aharon will spend several months at Apple's headquarters and will return to Israel to set up the research center whether or not Apple purchases an Israeli company.

Both Globes and Israeli business paper Calcalist report [translation] that Apple vice president Ed Frank has been taking meetings with high-tech companies in Israel ahead of the announcement of the development center. A number of other US tech firms have research centers in Israel, including Intel, Google, IBM, Microsoft.

I agree. I am keeping politics out of it. I am just slightly concerned that one of my larger holdings is investing in a war zone. (Not that I don't own a few Israeli stocks, I just like to keep it out of the mainstream part of my portfolio.)


I travel to Israel for business and pleasure several times a year and not once did I ever witness anything unsafe. In fact, I feel more unsafe in parts of NYC than I ever did anywhere in Israel. Herzliya where all the tech centers exist, (kind of Israel's silicon valley) is extremely safe. Why else would Google, Intel, IBM, Microsoft, and TI have offices there (I think TI since closed up shop but not due to terrorism)
Score: 12 Votes (Like | Disagree)

If Russia ever gets a legitimate rule of law, look for Apple to move in fast.

All the smart Russians have already moved to Israel (possibly the first time in history that people have pretended to be Jewish to escape persecution).
Score: 10 Votes (Like | Disagree)

Im not sure if apple should develop anything in Israel based off the conflicts in that area, I'm just thinking that even though that company is based there moving the company and building a center in a country with less tensions might be a better idea.


Intel, Motorola, and a number of other high-tech companies have R&D in Israel. I think it's about a half-hour north of Tel Aviv, is a small city that's the "Silicon Vally of Israel".

It's a very stable area. Most of the news reports find that reporting, "And nothing happened today" doesn't get them viewership, so you get reports of terrorism, etc. I have visited and felt safer in the country than most other places the West Bank and Gaza Strip excepted. At the risk of this becoming political, the country is very stable outside of those two area and arguably relatively stable in those areas when you look over the last 100 years!
Score: 9 Votes (Like | Disagree)

gorskiegangsta
I wonder how many of those making politicized posts actually know that a fairly decent portion of technological achievements (including Intel's Core Duo and Sandy-Bridge architectures) was developed in Israel.
-that Israel is among the top countries in the world in areas of Natural sciences, Engineering, Medicine and Research
-that it has one of the highest percentages of scientists and of registered patents per capita in the world
-that it is consistently ranked as one of the most innovative countries in the world
-that its universities and research institutions are consistently ranked among the top in the world

[Israel]s main strengths remain its world-class capacity for innovation (6th), which rests on highly innovative businesses that benefit from the presence of the worlds best research institutions, geared toward the needs of the business sector. The excellent innovation capacity.. ..is reflected in the countrys high number of patents (4th). Its favorable financial environment (10th), particularly the solid availability of venture capital (2nd), has further contributed to making Israel an innovation powerhouse...
WEF Global competitiveness report 2011-2012 (http://www3.weforum.org/docs/WEF_GCR_CountryProfilHighlights_2011-12.pdf)


I, personally, think it'll be enormously beneficial to Apple to have an R&D center there and I hope it'll help them innovate in microprocessor space.
Score: 8 Votes (Like | Disagree)

shaytmg
Thrilled to hear Apple is getting on the Israeli bandwagon. Many hi-tech companies have offices in Israel and it is often referred to as the "Start Up Nation."
Score: 8 Votes (Like | Disagree)

Glad to know that Apple is investing in such a safe, stable part of the world.

Next thing you know they'll be building their head office on a major fault line.
Score: 8 Votes (Like | Disagree)
Read All Comments