iFixit has introduced a transparent glass replacement back for the iPhone 4S. The glass, which retails for $29.95, completely replaces the rear glass on the iPhone -- making it useful for replacing a broken rear back or simply for a unique look.

Depending on the age of the iPhone 4, it may need iFixit's "liberation kit" to remove the newer "pentalobe screws" from the iPhone.

The instructions for installing the rear glass are simple and straightforward for the mechanically inclined. The transparent rear panel is available for the iPhone 4 (GSM) and 4S from iFixit.

It's too bad the battery is on the backside...everything cool to look at is underneath it :(

For fun, print a iPhone screen on back so it looks like you're holding it backwards.... just to freak people out like it's a double-sided iPhone.
Score: 9 Votes (Like | Disagree)

There are lots of people from the middle-east who are good people, same goes for orientals, africans, etc.

Image (https://cdn.macrumors.com/article-new/2011/11/ifixit.jpg)
Warning!! You really shouldn't use this on the NYC subways system. Everyone will think that it's a hidden bomb!! :):)
That Li-ion battery looks a lot like some C4 explosives, and it only takes one old lady screaming "BOMB" to bring a whole train to a halt.
Then the NYPD will pull a "grab n' smash" on your 4S and arrest you.:mad:
Image (http://cache.gawkerassets.com/assets/images/7/2010/05/500x_seesay.jpg)

And that pic with the person is it is extremely racist. If the police put out something like that in Australia so many would protest in the streets it would not be funny. I'm glad that kind of thing is not present in Australia.The poster is a satire of such racist attitudes.
Score: 4 Votes (Like | Disagree)

syndalis
The "If you see something, say something" campaign is real.

But that picture and the Paki line are a photoshop.

Usually it's pictures of boxes under subway seats with nobody nearby. The posters are targeted at increasing bomb awareness.
Score: 3 Votes (Like | Disagree) 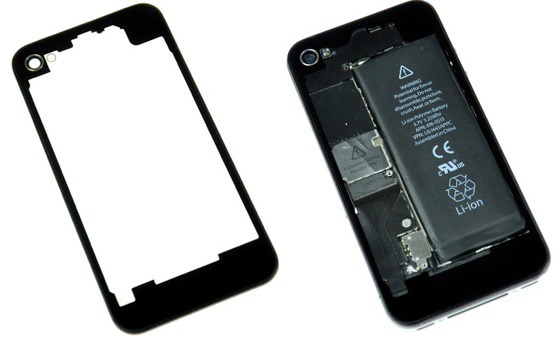 Warning!! You really shouldn't use this on the NYC subways system. Everyone will think that it's a hidden bomb!! :):)
That Li-ion battery looks a lot like some C4 explosives, and it only takes one old lady screaming "BOMB" to bring a whole train to a halt.
Then the NYPD will pull a "grab n' smash" on your 4S and arrest you.:mad:

Friday January 15, 2021 1:46 pm PST by Juli Clover
Apple has started "early work" on an iPhone that has a foldable display, according to a new report from Bloomberg's Mark Gurman. Though testing of a foldable iPhone has begun, Apple has not committed to releasing a device that has a foldable display. Development has not yet expanded beyond a display and Apple does not have full foldable iPhone prototypes in its labs. Like foldable...
Read Full Article • 166 comments