Samsung's Patent Cases Against Apple to Ramp Up in 2012

Following a recent commitment to step up its attacks on Apple over claims of patent infringement related to 3G technologies, Samsung appears set to launch into the primary phase of its campaign during the first half of 2012. While some initial posturing has seen some early discussions in court over Samsung's claims, Samsung appears to be opting to forego seeking temporary injunctions against Apple and attempting to proceed as quickly as possible to full trials.

Notably, Bloomberg reports that Samsung has won an early trial date of March 2012 for its case against Apple in Australia, with the judge accepting that proposal over Apple's opposition that requested a trial date of August 2012. With the decision, the Australian trial will come before Samsung's action in the United States ramps up with an International Trade Commission case in May or June.

Australia Federal Court Justice Annabelle Bennett today ordered that a trial on Samsung’s claims be held in March. Cupertino, California-based Apple had opposed an early trial, with its lawyer Stephen Burley saying the company needed more time to prepare the case and favored a hearing in August.

Samsung, the world’s biggest maker of smartphones last quarter, dropped its bid for a temporary injunction barring Apple from selling the iPhones and iPad 2 and instead is seeking an early hearing. The Australian trial will be a prelude for Samsung in its U.S. case before the International Trade Commission on similar claims, which Burley said will be heard in May and June.

Samsung is currently targeting the iPhone 4, iPad 2, and iPhone 3GS with its Australian lawsuit, although it will presumably attempt to add the iPhone 4S to the lawsuit at some point as well. With the trial not set to kick off until March, Samsung may also find itself needing to add other new devices such as iPad 3, which is rumored for an early 2012 launch.

Court cases between Apple and Samsung are also playing out in a number of other countries, but Australia has been one of the focus points for the two companies, with Apple having won an injunction blocking the sale of Samsung's Galaxy Tab 10.1 in the country. Samsung has appealed that ruling, with a court date set for late next week to begin arguing its case on the topic. The company had previously indicated, however, that it might scrap the device's launch entirely in Australia if the injunction was granted, given that it would prevent Samsung from having it on the market in time for for the lucrative holiday shopping season.

Yeah, it's probably FRAND tech. But you forgot to ask to license it! So to the high road we go."


Apple's implementation of the Samsung 3G patents comes via their use of Qualcomm baseband chips. Qualcomm is a Samsung licensee, and pays royalties to Samsung for every chip they make.

This is what is known in patent law as the "Exhaustion Doctrine." And it makes a lot of sense, both ethically and practically.

That is basically analogous to what is happening here. Samsung already got paid for every Qualcomm baseband chip in the iPhone. But they seem to think that because Apple is successful, they deserve to get paid twice.
Score: 23 Votes (Like | Disagree)

This wouldn't have happened if Apple didn't try to sue the world.


i wasn't convinced that samsung was copying apple until today when i saw my class mate in university with a tablet and i told him "which iPad 2 version do you have" and i was shocked that it was a galaxy tab 10.1, they even copied the smart cover...
Score: 19 Votes (Like | Disagree)

Ciclismo
I'm not going to lie to you, but the concerted effort Samsung is putting into its lawsuits makes 'em look like whiny little bitches.
Score: 13 Votes (Like | Disagree)

i wasn't convinced that samsung was copying apple until today when i saw my class mate in university with a tablet and i told him "which iPad 2 version do you have" and i was shocked that it was a galaxy tab 10.1, they even copied the smart cover... 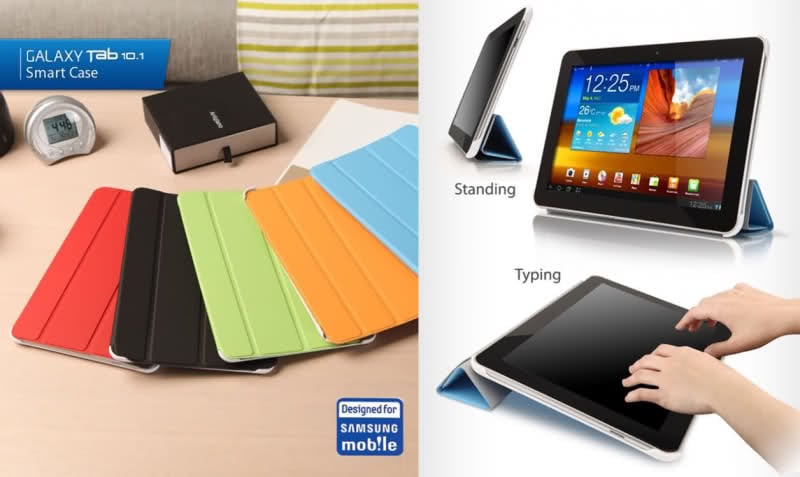 Ballis
I really hope Samsung gets screwed badly from this.
Score: 12 Votes (Like | Disagree)

slrandall
Apple: "Don't take our industrial design, or use an OS that copies our UI and is written in an unlicensed language."

Samsung: "Yeah, well ... <takes those things> ... don't infringe upon our 3G implementation! It's such a big deal that one whole engineer gets a whole few hours to look at your implementation. Yeah, we already get paid by Qualcomm for your implementation. And there's really no justification for this lawsuit ... To the high road we go."
Score: 11 Votes (Like | Disagree)
Read All Comments