According to a pair of research notes issued today, demand for Apple's new iPhone 4S remains very strong as the company continues an aggressive international rollout schedule, with Apple's own retail stores typically running out of available units on a daily basis and pre-orders for the device in Hong Kong having sold out in only ten minutes. 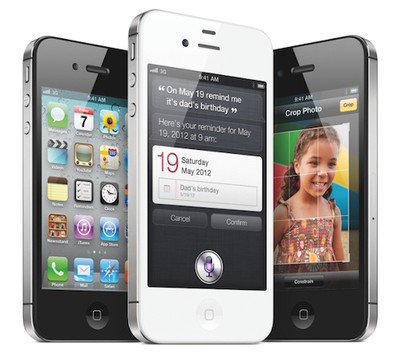 Barron's details the first note, which comes from Deutsche Bank analyst Chris Whitmore. According to Whitmore's survey of 30 Apple retail stores, 85-90% of them are running out of iPhone 4S stock on a daily basis and encouraging customers to continue utilizing the reservation system that went into effect following the launch weekend.

Our retail checks reveal Apple is experiencing daily stock outs at ~85-90% of the ~30 retail stores we called. Apple employees are directing customers to make an online appointment (first come first serve) for next day pick up at nearby Apple retail stores as stocks appear to be refreshed daily at most locations.

Meanwhile, Apple on Friday began taking pre-orders for the iPhone 4S in fifteen new countries, including the very strong Hong Kong market where the company just recently opened its first retail store. According to Ticonderoga Securities analyst Brian White, Apple sold through its initial stock of iPhone 4S units in Hong Kong in only ten minutes.

Our checks indicate that pre-orders in Hong Kong were sold out within ten minutes after becoming available. In our view, this is a very positive sign for iPhone 4S demand in Greater China as Hong Kong represents the first entry of the new smartphone in the rapidly growing region and we expect the 4S to reach Mainland China in December. We believe this rapid sell out will rest concerns surrounding the uptake of the iPhone 4S in the Greater China region that were driven by the limited language capability of Siri, which did not launch in Mandarin or Cantonese.

As White notes, Hong Kong will be the first country within Apple's "Greater China" market to offer the iPhone 4S, and it will undoubtedly be a popular source for Chinese customers looking to have early access to the device.

this article is proof in my eyes that people dont listen. the 4s has way too many issues for it to be selling out everywhere.


Anyone who does software knows that it is never perfect. You think Apple iOS is buggy? Try Android. Apple is ahead of the competition in terms of mobile software. This is not to say it is perfect, but darn close to it.

I personally upgraded to 4s and couldn't be happier. In the US at least, it actually makes little financial sense to keep your contract a day after your 2 year agreement
Score: 7 Votes (Like | Disagree)

I want one, but I'm thinking that I will wait for a year from now...

Yeah, but if you wait a year from now, then the 5S will be coming out in only a year so you might be better off waiting for that.
Score: 6 Votes (Like | Disagree)

this article is proof in my eyes that people dont listen. the 4s has way too many issues for it to be selling out everywhere. i honestly thought they would have ironed out all of the problems by now with the .1 update, but they havent. they are still spitting out 150k a day so the build quality still sucks. they stated it would be a few weeks before they ironed out the battery issues and there is still glitch after glitch within the software.

did apple hit their "peak" with the i4? i think that might be highly possible.

may the -1s be stricken upon me for being 100% brutally honest.


Yeah, that's why the -1s are slamming you. Not because you don't have the foggiest idea of what you're talking about. But because you're honest.

this article is proof in my eyes that people dont listen. the 4s has way too many issues for it to be selling out everywhere.

Forest for the trees.

There is no mystery here.
Score: 5 Votes (Like | Disagree)

this article is proof in my eyes that people dont listen.


It's proof that people don't care.
Score: 4 Votes (Like | Disagree)

jazzkids
Still debating if this is worth getting or waiting till the actual 5
Score: 3 Votes (Like | Disagree)
Read All Comments