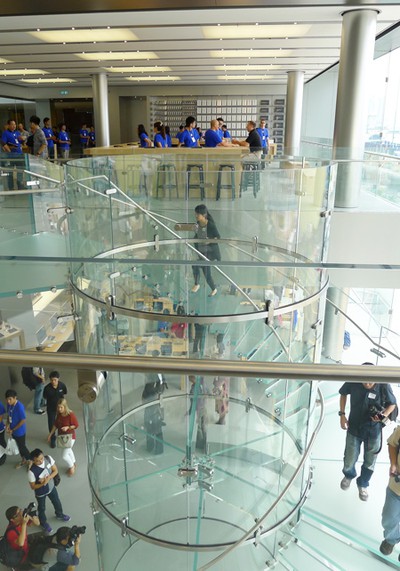 As expected, the new IFC Mall Apple Store in Hong Kong opened to long lines this weekend. NeonPunch provides this video showing the opening of the store:

Meanwhile, IFO Apple Store has posted an extensive Flickr gallery of the opening.

marksman
I am sure the next android store opening will be bigger
Score: 5 Votes (Like | Disagree)

Anyone notice the glass stairs? Woman + skirts = a perverts dream.

It's just another apple store, why is the line and hype? They won't give you **anything** free... :confused::confused:


It's the FIRST Apple store in a city that is absolutely crazy about Apple products. They gave out free T-Shirts too !
Score: 3 Votes (Like | Disagree)

I told him, Apple has more money than Microsoft, HP, and Dell COMBINED. Ofcourse, He continued to argue his point.

Watching this video, Makes me feel better about myself. Proves my argument :-)


People confuse size with wealth, that's the gist of it. Apple is known for its wealth, while Microsoft is known for its size. That's how I see it anyway.
Score: 2 Votes (Like | Disagree)
Read All Comments