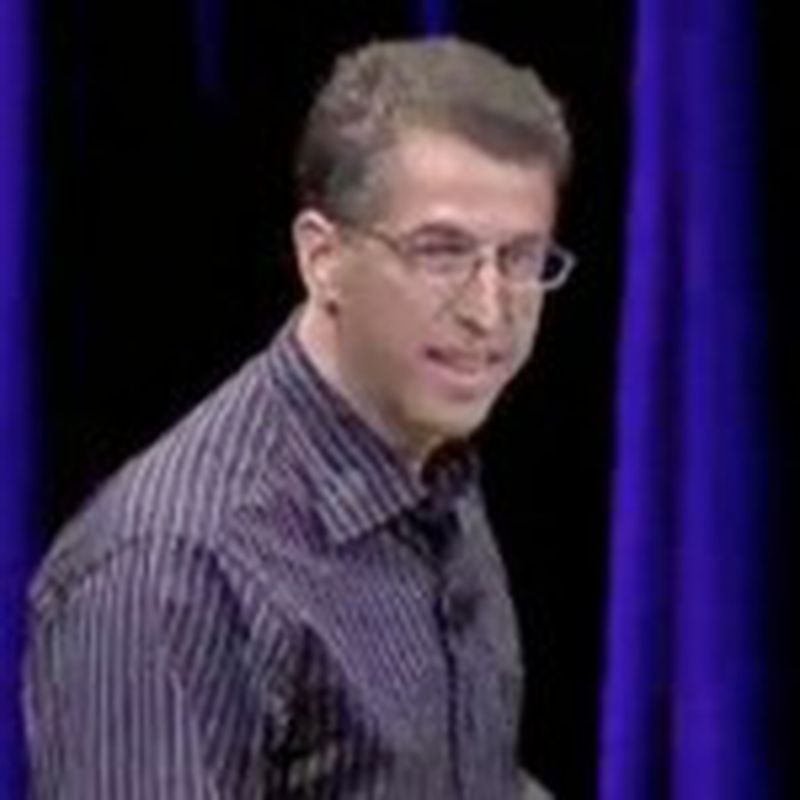 Jeff Robbin, who built iTunes and was co-lead in the creation of the original iPod with Tony Fadell, is heading up Apple's television efforts, according to a Bloomberg report.

Apple Inc. is turning to the software engineer who built iTunes to help lead its development of a television set, according to three people with knowledge of the project.

Jeff Robbin, who helped create the iPod in addition to the iTunes media store, is now guiding Apple’s internal development of the new TV effort, said the people, who declined to be identified because his role isn’t public.

Earlier today, Piper Jaffray's Gene Munster issued a research note with several tidbits of evidence to support his long-held assertion that Apple is working on a television.

W1MRK
But will it support Blu-Ray?

For a company who says the Apple TV is just a 'hobby' it still seems strange to me for to believe they would ever manufacture an actual television.

Although it would be pretty neat to see something like Facetime integrated.


That's what you probably said about a phone, a tablet and an mp3 player.
Rating: 17 Votes

"iTunes Creator"? That's a bit generous, given the original iTunes borrowed very heavily from Cassidy & Greene's SoundJam MP-- down to the code it used. Apple bought it, so it wasn't stealing, but it certainly wasn't original.

Jeff Robbin is the creator of SoundJam.
Rating: 11 Votes


What I've heard over the years

2007 Stick with computers, OSX and iPods

2000-2011 Apple grows to be most valuable tech company in the world by ignoring what you say :cool:
Rating: 8 Votes

And that doesn't require a 1800$ TV Set, it just requires an Apple TV set top box and a Airport Express connected to an Internet connection.


Why are you people putting a price on something that you have no idea about? You're not a professional analyst so calm down everyone...

Besides, the investment is not in the actual TV set itself, it's in the UI. I would definitely invest in a $2000 TV if it allows me to get my channels on demand instead of paying for garbage bundles that I don't necessarily need.
Rating: 8 Votes

If the rumor is true it makes perfect sense. The "insanely great" aspect of iTunes is not the software, but the fact that you can easily browse and purchase an enormous library of music. Not only that, iTunes changed the music industry business model from an album oriented sales approach to a cherry picking single song approach. The iPod is certainly a beautiful piece of hardware, but without iTunes it's little more than a better crafted mp3 player.

Now extrapolate that to television. I think it means that you can create a video library which is fairly all encompassing and easily discoverable. But you also need to be able to view live events. Live TV (sports, news, award shows, American Idol, etc.) are the killer app of television. That's the reason NFL football is BY FAR the most watched programming on US television. It's also one of the least conducive to viewing on a VCR and blowing by the commercials.

If Apple has "cracked" the code to fundamentally change TV they need to have a radically new way of organizing and selling the content. They will have also had to work with the cable tv companies because they provide the high speed pipe into most people's homes and won't look at being taken out of the content distribution business too kindly.

Making a top of the line sleek TV is only a small part of the equation. We all know Apple can easily do that... no magic there. To reengineer the content distribution and consumption business (a very tall order), well that could be magical. An it will take another iTunes to pull this off.
Rating: 7 Votes

But Apple does do that...


No. Apple computers have OSX - and that's the value-add. I'm still not feeling what additional value Apple brings to the TV that makes it worth a premium price.

I don't think the software is where all the quality comes from. I didn't pay $1500 just for the quality OS, I paid for the quality build of the MBP; Its keyboard, SMS, Keyboard Backlight, Widescreen display, and FaceTime Camera, Battery, Trackpad...need I go on?
Rating: 6 Votes

And that doesn't require a 1800$ TV Set, it just requires an Apple TV set top box and a Airport Express connected to an Internet connection.


But having Apple TV as a separate box still gives the cable companies the upper hand. This is the whole problem that Jobs described at All Things D and why AppleTV as a box is still a "hobby". You can't compete with cable companies if people already have cable boxes with PVR's given to them for free. They're not going to go out and buy yet another box, even though the new price of ATV2 made it more attractive @ $99.

The way to beat the cable companies is for a customer to leave the Apple Store with a TV set, get home, plug it in, be prompted to sign in with their Apple ID and already have all their iCloud content on the tv and new content ready to be purchased directly on the tv, without ever involving the cable companies.

This will be controversial but I believe that an Apple TV won't have any of the commonly used ports. No coaxial, no RCA, no Component, and possibly no HDMI either, although Apple may relent on the latter. I expect that it will have Thunderbolt however. Apple is notorious for retiring established I/O in favour of the upcoming technology. Apple skates to where the puck is going to be.

Live TV fits into two categories: News and Sports. Sports are already essentially solved with ATV's already existing apps for NHL, NBA and MLB (NFL will eventually relent). Live news apps already exist on iOS. It's a matter of porting them to AppleTV. A CNN or MSBNC or Fox News (ugh) or any other 24 hour network news feed via an app is the solution here with many local stations offering their feed in iOS apps as well.

What Apple has to achieve is have customers ask these questions: Why pay for cable tv when I can pick and choose which shows I like to watch (not which channels)? Why schedule programs to be recorded on a PVR when I can simply select any of those shows and watch instantly, without scheduling anything? Why do I need a cable PVR box at all? I have iTunes and iCloud already built into my new tv!

I'm guessing that I'll probably get some negative votes from these predictions because a lot of people still hold on to the old way of doing things and want to record tv channels, but many other people including the new generation of consumers understands that content on demand is the future, not channels spewing out content on fixed schedules.

Steve Jobs quoted Henry Ford: "If I had asked costumers what they wanted, they'd ask me for a faster horse!"
Rating: 6 Votes


An Apple product that's twice as expensive as an "identical product?" That's a first. :rolleyes:

As with every other argument about pricing, Apple makes quality products. Isn't that why you have a G4 and a MBP?
Rating: 6 Votes