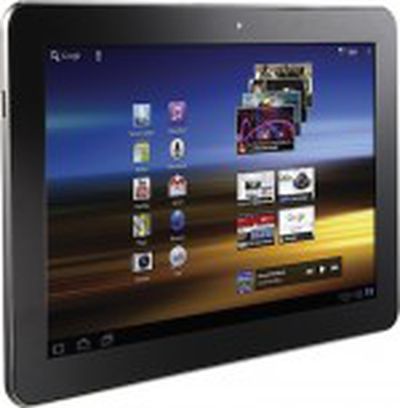 The Wall Street Journal reports that Samsung's lawyers have proposed a deal to Apple that would allow Samsung to launch its delayed Galaxy Tab 10.1 in Australia as soon as next week. Samsung has already delayed the launch of the device several times as Apple pursues a preliminary injunction to officially halt the device launch ahead of a full hearing on alleged intellectual property infringement. The terms of Samsung's proposed deal were not disclosed to the court audience.

It wasn't clear what benefit Apple would gain from any agreement, as details of the proposed deal were not discussed in full in front of the court. But Apple's attorney, Stephen Burley, conceded there was some potential benefit from an agreement on the matter. "(Samsung's) inconvenience would be diminished and we would be comforted" by such a deal, he said.

Justice Annabelle Bennett said that the proposed deal wouldn't give Samsung the satisfaction of a final answer to the dispute, but Mr. Catterns said it would at least allow the company to sell its new tablet computer ahead of the crucial Christmas sales period.

Apple and Samsung are locked in numerous legal battles in a number of countries, and Apple has had some success in preventing Samsung from selling its Galaxy Tab 10.1 device.

Just yesterday, we noted that Samsung had agreed to make some concessions to Apple such as the removal of a feature designed to recognize and ignore accidental touch input, but it is unclear what else Samsung might be offering in hopes of convincing Apple to allow it to launch the Galaxy Tab in Australia.

Only the guilty try to make concessions.

I'll never buy another Samsung product as long as I live.... not a TV, washer, fridge or anything else the thieving company makes.


start by ditching your ipad/iphone. the memory and lcd screens on your beloved gadgets are *probably* made by Samsung.
Score: 18 Votes (Like | Disagree)

devinci99
I for one don't like companies borrowing another company's design/work without doing some sort of patent sharing partnership (AKA pay the other company $$$ to use it's patents in your products) --- everyone wins.

I also don't like a company to be completely stingy and not share their patents even when the other is making efforts to pay royalties for it. I love Apple and its products, but it will hurt competition to completely ban Samsung products from customers even if Samsung is willing to make changes, or pay out royalties (like they did to Microsoft).

Copying (without paying) is bad, but not sharing (when the other is willing to pay fairly) is just as bad.

I understand the need for competitive advantages; thats why you let the powers that be to put a fair price on that advantage and have everyone who is wants to copy you and is willing to pay that price. This drives their cost up, while putting cash in your bank, and still help you maintain some advantage.

This also force the other company while in this partnership to come up with other innovative ways to offer better experience while trying to cut cost elsewhere in order to keep prices down to stay within the competition.

Sometimes its cheaper just to buy out a company who holds the design/prior art/patent; while other times its cheaper to just enter a patent sharing partnership. You can always find new innovative ways and designs to cut cost and increase value (to may paying the additional cost) more justified elsewhere.
Score: 15 Votes (Like | Disagree)

FRAND only applies to some of the patents Samsung is suing over, not all of them.

In the Netherlands court a few days ago, the FRAND exchange went loosely (http://www.eweekeurope.co.uk/news/apple-says-samsung-rigged-the-3g-standards-40758)like this:

Samsung: we are willing to give Apple FRAND terms.
Apple: we've already paid them through Intel's license.
Samsung: we're talking about Infineon chips before Intel bought them in early 2011.
Apple: okay, then we dispute that your terms are FRAND.

Apparently Samsung's made an offer of 2.4% of the chip price per patent, but Apple says that's too much.

In yet one more twist of irony, Apple got wind that Samsung was going to try for a preliminary injunction against them without Apple being present... just as Apple had pulled on Samsung in the first place. So Apple negotiated a deal where they wouldn't do that to each other any more.

Do you side with Samsung on every little thing that has happened in the recent months?

I mean, I don't see a single post of yours which to any extent condemns Samsung of its actions or IP infringement. All you have is something against Apple.

I agree Apple is not innocent; even Apple has made mistakes and probably blunders in the past. But you seem to condemn Apple's every response in every regard; whether Apple sues Samsung, HTC or motorola or either of them sue Apple.

I thought you were unbiased but all your comments have sided with companies against Apple. I am not saying that you need to side with Apple somewhere, but really all you do is censure Apple's approach and decisions but never ever critic the logistics and approach behind Apple's adversaries.
Score: 14 Votes (Like | Disagree)

Maybe 32nm fabrication process for SoC and 20nm DDR3 RAM...one can only dream. Exynos will be the first SoC to use a 32nm fabrication. Maybe it will be stuffed inside the Nexus Prime.

For people who thinks Samsung is small, they are investing 10billion on these fab.


TSMC is building the A6 at 28nm and will follow up with the A7 at 20nm, so Apple looks to be in good shape to compete with other ARM variants. Apple is also getting the 3D die stacking process as well.

If Samsung thinks they hold IP on something that Apple has been using in their iPhones so far, then they could very likely threaten the iPhone 5 ahead of time....

... similar to the way Apple did when they sued Samsung in Germany without first seeing the German version of the Tab in person.

(Apple's injunction request states this, saying that since they didn't have access to the real thing, the pictures in their legal documents came from magazines and models sold in other countries.)

So, in a slightly ironic twist, Samsung has begun to copy Apple's legal tactics.

Samsung's IP is almost certainly FRAND. Even Apple has mentioned this. Good luck in getting an injunction on FRAND IP without any serious attempt at negotiation.
Score: 13 Votes (Like | Disagree)

For the iPad2, Apple only used Samsung Flash memory and a Samsung LCD timing chip. Samsung also fab'd the CPU.

In this imaginary scenario of yours, what Apple secrets (besides part quantities) did you think Samsung could steal from Apple buying those raw components?

Samsung wouldn't have access to the iPad case, or circuit boards, or LCD, or software, or anything of real design consequence to copy. Everyone knows Apple's penchant for security even within its own campus, much less outside of it. We all saw how surprised Samsung was at the iPad2 thinness when it was finally shown to the public.


I agree that Samsung had no knowledge of the package, at least until someone at Samsung bought an iPad and did a teardown, which is pretty much standard industry practice.

Or, just go to iFixit and see the photos.
Score: 10 Votes (Like | Disagree)

start by ditching your ipad/iphone. the memory and lcd screens on your beloved gadgets are *probably* made by Samsung.


Some think Apple is the ultimate.
Score: 9 Votes (Like | Disagree)
Read All Comments