Reuters reports on an article from Chinese newspaper Shanghai Daily noting that Chinese authorities have arrested five people in conjunction with the manufacturing and sale of counterfeit iPhones.

Police said those arrested were part of an organised gang that bought components for the phones from Guangdong in southern China and assembled them in rented apartments in Shanghai, the Shanghai Daily said.

About 200 fake iPhones were found during the crackdown.

The cost to make one fake iPhone , which used some genuine parts, was around 2,000 yuan ($313). It was sold on unauthorised markets and on the Internet for around 4,000 yuan, only a few hundred yuan cheaper than the real iPhone, the newspaper said.

The report notes that the fake iPhones were apparently remarkably authentic, offering many of the same functions as and very difficult for customers to distinguish from a genuine iPhone. 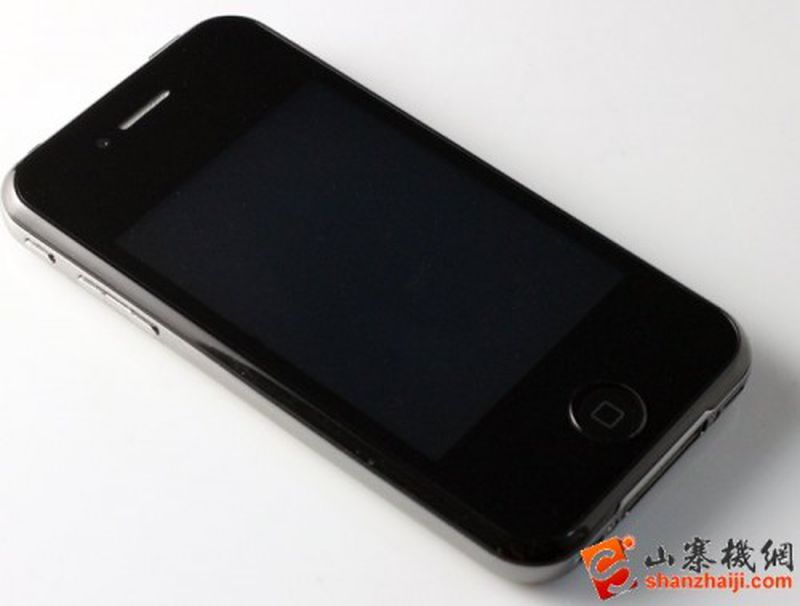 Counterfeit "iPhone 5"
The prevalence of counterfeit Apple products and retail stores in China was cast into the public eye several months ago when an American blogger posted photos of one such counterfeit Apple retail store. Chinese authorities closed two out of the initial batch of five counterfeit stores discovered in the city of Kunming, although the stores were closed for permit issues rather than for counterfeiting.

Apple has ramped up its anti-counterfeiting efforts in China over the past several years as it seeks to dramatically expand its sales presence in the country, but has reportedly been stymied by a lack of cooperation from Chinese authorities.

It is unclear if Apple played a role in identifying and pushing for the arrest of the people involved in the current case of manufacturing and selling counterfeit iPhones.

Remember those rumors about Apple needing curved glass polishing machines? Well this is one possible reason why. Maybe just the edges of the touch screens of future iPhones (and/or iPads) will be curved, like in the photo.

That would get rid of the rather sharp corners on the iPhone glass panel(s) and would improve the future iPhone's "hand feel." Nice.

aziatiklover
About time they are doing something about it.
Score: 1 Votes (Like | Disagree)

Is it possible we are seeing what the real iPhone 5 will look like?

Doesn't seem to match the leaked cases, but has curved glass. Could this be a 4S?

Either way, looks nice whatever it is. I wouldn't mind owning this.

Edit: I think this is an old pic from another article on fake iPhones. But I've always wondered if the counterfeiters knew something we didn't. Or perhaps the casing is even authentic? We'll find out soon enough I guess.

daviddth
Actually I hope that was tongue in cheek. People who sell the counterfeit items, iPhones or not, deserve to be punished.

The issue is that Chinese officials don't care, so doing anything much is unlikely, and changing the law is even less likely
Score: 0 Votes (Like | Disagree)
Read All Comments