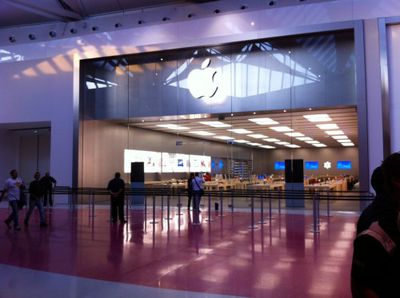 Apple is quietly denying requests for employee vacations during the second week of October, hinting that the company currently anticipates an influx of customers to its stores around that time related to availability of its new iOS 5 and fifth-generation iPhone products.

Specifically, dates from October 9th through 12th and October 14th through 15th are said to be restricted, suggesting Apple plans on launching new products during that time.

The first set of dates from October 9th-12th could represent iOS 5 launch, as Apple has informed AppleCare to expect an influx of support calls starting on October 10th. Coincidentally, Twitter has announced their own developer session in London on the same date. The October 10th Twitter developer session is said to have a "heavy focus on the iOS 5 Twitter integration".

Meanwhile, the 14th to 15th dates suggests that Apple may be preparing for a retail launch of their next generation iPhones on that Friday, the 14th. The timeframe is consistent with other circulating iPhone rumors as well as our knowledge of Apple's expected availability for the White iPod touch.

Apple is expected to hold a media event on October 4th to announce the next generation iPhone as well as the official launch of iOS 5.

Update: UK Apple Stores have been similarly told to block out the "first two weeks of October".

Awww, poor you, having to wait to buy an iPhone, you guys have it so rough. Take a look at the world around you and realize how spoiled you guys sound.


Have you seen your signature?
Score: 99 Votes (Like | Disagree)

Have you seen your signature?

mgs4
im not even gonna buy one and i cant wait to see what it looks like:eek:
Score: 18 Votes (Like | Disagree)

Peace
This means invites should go out Tuesday.
Score: 17 Votes (Like | Disagree)

If it's really killing you, then perhaps you should seek medical attention before you bleed out. :rolleyes:

Awww, poor you, having to wait to buy an iPhone, you guys have it so rough. Take a look at the world around you and realize how spoiled you guys sound.

You two, quit your sarcasm.

You know exactly what they mean. It's been a long wait indeed. For everyone.
Score: 11 Votes (Like | Disagree)
Read All Comments