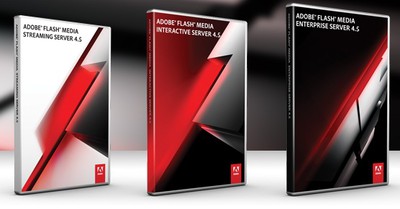 Adobe yesterday announced the release of Flash Media Server 4.5 and Flash Access 3.0, updated tools to allow publishers to host streaming Flash video content. As noted by Computerworld, the release includes a new solution to allow Flash content to be repackaged and streamed to iOS devices, which famously do not support Flash Player directly.

"With Adobe Flash Media Server 4.5, media publishers now have a single, simple workflow for delivering content using the same stream to Flash-enabled devices or to the Apple iPhone and iPad."

In other words, Adobe's solution repackages content in real-time, changing the protocol to suit the target device, HTTP Dynamic Streaming or HLS, for example. This should mean that iOS devices will get much of the advantages of Flash video support, without the processor degradation and battery life cost of the format in use on other devices.

Consequently, as media publishers begin to adopt the new Adobe software, they will be able to easily deliver HTML5-compatible content to mobile devices alongside the traditional Flash Player content. Because the feature utilizes video streaming technology rather than running the Flash content directly on the device, it does not yet support interactive Flash content such as games and banner ads, but the ability to access streaming Flash video on iOS devices will certainly be a welcome addition for many users.

A number of media providers have of course already taken to providing HTML5 versions of their video content in order to bring compatibility to iOS devices, but direct integration of the functionality into Flash Media Server should simplify the process for those content providers who have invested in the platform.

Pared
This is what a good company does - find and provide a solution to a problem.

Now imagine if Adobe had released this during all that time they spent publicly fighting with Apple - they'd have a year or more of profit to account for.
Score: 25 Votes (Like | Disagree)

MacSince1990
You know, I suppose this is basically good news. Flash support (kinda) for iOS without having to build it in...

Does feel like a bit too little too late though. At least the boxes are pretty.
Score: 12 Votes (Like | Disagree)

yadmonkey
Happy to have this functionality coming, but really it's been remarkably rare that I've missed Flash on my iStuff.
Score: 11 Votes (Like | Disagree)

alectheking
Wow. Seems like a great thing, don't know what the android boys will have to argue against compared to their local flash installation crap.
Score: 11 Votes (Like | Disagree)

this isnt geared to nobody websites -- its for enterprise content publishers. people with millions of hits. yes, they will upgrade.


There's no guarantee that they will, IMO, they should just code in HTML5 and be done with it once and for all.
Score: 8 Votes (Like | Disagree)
Read All Comments

Sunday May 16, 2021 2:39 pm PDT by Eric Slivka
The Browse tab in the Music app across Apple's platforms has started displaying a prominent teaser hinting at an upcoming major announcement for Apple Music. Under the heading "Coming soon," the headline says "Get ready – music is about to change forever." An accompanying "Tune-In Video" simply shows an animated Apple Music logo. Rumors have indicated that Apple is preparing to launch a...
Read Full Article • 119 comments