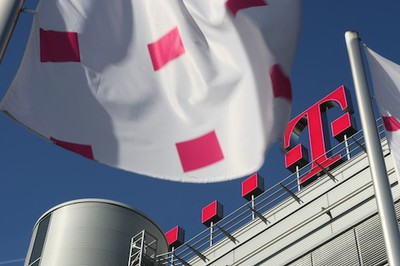 The company confirmed to Bloomberg earlier today that the program is now in effect.

Deutsche Telekom AG (DTE) will allow customers to reserve the next generation of Apple Inc. (AAPL)’s iPhone as of today in anticipation of supply bottlenecks for the device, spokesman Alexander von Schmettow said by phone.

The operator will hand out coupons to people who expressly request the successor model to the iPhone 4, without providing the name or release details of the device, he said.

The development comes as other retailers and carriers are also working to prepare for the launch, which has been rumored for early next month. Apple generally keeps its carrier partners in the dark about its specific release plans until it is ready to make a public announcement, so it certainly appears that retailers and carriers are simply working based on circulating rumors rather than any official information.

Nevertheless, excitement for the iPhone 5 continues to build as Apple has pushed the update interval on the device well beyond its usual 12-month cycle. Confusion remains about just what Apple is planning to introduce for this next iPhone revamp, with a number of part leaks hinting at a so-called "iPhone 4S" appearing nearly identical to the existing iPhone 4 seeing the widest publicity. But persistent rumors of a full iPhone 5 revamp also continue, with third-party cases based on a purported leaked design document pointing toward a significantly thinner but taller and wider device with a display in the neighborhood of 4 inches.


At this stage we have no confirmation that there will be an iPhone 5, nor an iPhone 4S, so technically the most correct statement would just be "the next iPhone iteration until Apple releases an official statement declaring the name". But that's just an unwieldy statement, so iPhone 5 will suffice for now.
Score: 12 Votes (Like | Disagree)

why does it not say anywhere in the article how do us "Europeans" preorder?

I've just called my local UK T-Mobile store and the girl didn't have a clue! :confused:

I'm sure if this was a US network it would have been the first thing asked :mad:


Why would one think the "Telekom" is T-Mobile UK? What am I missing here?
Score: 11 Votes (Like | Disagree)

Ijustfarted
Let's hope it just has a bigger screen....:)
Score: 10 Votes (Like | Disagree)

Tonewheel
"Get your pre-order tickets here!"

"What are the new features?"

"When can we actually see what you're selling?"

"Stop asking so many questions and just do what we tell you."
Score: 9 Votes (Like | Disagree)

Until Apple makes their official announcement, it's quite sensible to call the 5th generation handset the iPhone 5.

Frankly, there's a good chance they will call it that anyhow.

After all, we know that Steve Jobs likes simplicity. The simplest thing would be for him (or someone else) to walk onto the stage and announce the iPhone 5, with the A5 chip, running iOS 5.
Score: 7 Votes (Like | Disagree)
Read All Comments