"Jobs's greatest creation isn't any Apple product. It is Apple itself." 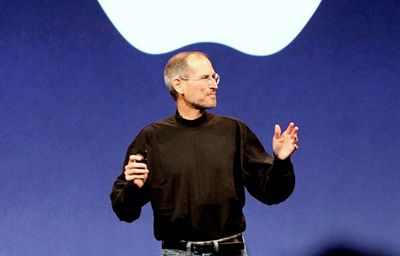 Daring Fireball's John Gruber has a nice reaction piece to the news that Steve Jobs has resigned as CEO of Apple. Jobs' resignation wasn't completely unexpected given his medical leave of absence, though it still comes as a surprise. Gruber suggests this is just the latest in a long planned transition:

Jobs’s greatest creation isn’t any Apple product. It is Apple itself.

It was previously reported that Jobs had hired Yale School of Management Joel Podolny to help prepare for life after Jobs.

Steve Jobs hired dean of Yale School of Management Joel Podolny to run the Apple University, an internal group also featuring business professors and Harvard veterans that are writing a series of case studies to prepare employees for the life at Apple after Jobs. These case studies focus on Apples recent business decisions and internal culture, they are exclusive to employees and taught by top executives like Tim Cook and Ron Johnson.

Tim Cook is now CEO of Apple at the recommendation of Jobs.

I'd have to say I agree. Steve trippled Apple's stock at a time when businesses are going under like it ain't nobodies business. His genius is in his business savvy and his increidible ability to make myself and other lust after over-price gadgets!:apple:


If the products are over priced, how come nobody could ever touch the iPods and iPads and even the iPhone in price? :rolleyes:

It's because Steve didn't create products, he created extensions of yourself in a digital form. Your Toshiba laptop is a throwaway but people care about their MacBooks. An iPhone is a device that changes a lot of people's life style and how they game and do business. A Droid is just your next phone. Steve Jobs is a true visionary.
Score: 10 Votes (Like | Disagree)

FloatingBones
Mr. Gruber's comments about the fractal design of Apple are decisive and thought-provoking. In healthy structure, actions in the small always reflect the actions of the large. Apple is not seen at any one level; it is seen at all levels.

Don't act this way. Everyone here gets a Macbook/iPad/iPhone/iPod and replaces it all the time. Every consumer item is a throw away item. Don't be jaded.


Apple has created a value and devotion for their products rarely, if ever, seen in modern consumers. The products aren't "forever" pieces, but the brand loyalty seems to be. That's value, that's rare, and it's unlike other consumer tech products of today.
Score: 6 Votes (Like | Disagree)

Is really quite unique....I have never known a CEO who has been so inextricably linked withe the creative model of the business he has so successfully run.


Thomas J Watson of IBM may be a likely candidate. Just ignore that stuff that he did with "knockout boxes" at NCR.

He doesn't make claims that their products are "Magical" since he believes in science and facts.


Any sufficiently advanced technology is indistinguishable from magic.

Don't act this way. Everyone here gets a Macbook/iPad/iPhone/iPod and replaces it all the time. Every consumer item is a throw away item. Don't be jaded.

Heck, I saved an old Power Mac 7500 from being thrown away. Works like a champ.
Score: 4 Votes (Like | Disagree)

History reveals many men have achieved greatness as a CEO. The reason Jobs stands out in recent times, is due to the high profile nature of technology, his unique brand of narcissism, the cult like following he created by emulating Jerry Garcia, and Americans obsession with money.
The statement about Mr. Cook is somewhat inaccurate. If one checks into his vast accomplishments at Apple, what stands out more as the difference between Tim & Steve is what Tim has not done.

He has not taken to bragging & stretching the truth. He doesn't make claims that their products are "Magical" since he believes in science and facts. The list of his strengths goes on and on. Adequate he's not, Tim Cook is simply brilliant, well adjusted, measured and all business.


How you describe Tim Cook scares me. Steve was a dreamer and a risk taker and willing to take Apple to where no bean counter could see possible. Who is going to challenge Apple to be as bold as Steve has done? If apple is going to coast safely into the future, it will lose the vitality and daring it now has. Steve had the ability to generate a reality distortion field around himself and then make that reality real. Apple also needs a charismatic spokesperson to articulate the company product message a la Steve Jobs.

I think Tim will do a great job as CEO, but Steve will need to be replaced with more then one person when it's all said and done.

And P.S. the iPad is "magical," it's not bragging & stretching the truth to say so.
Score: 3 Votes (Like | Disagree)
Read All Comments