Back in February 2010, it was revealed that former Time managing editor Walter Isaacson was working on the first authorized biography of Apple CEO Steve Jobs, a book that earlier this year was announced as set to be released in early 2012 under the title "iSteve: The Book of Jobs". But the planned title proved unpopular with a number of people, and last month it was noted that Isaacson had received approval to change the title to a simpler "Steve Jobs", with publication set for March 6, 2012. 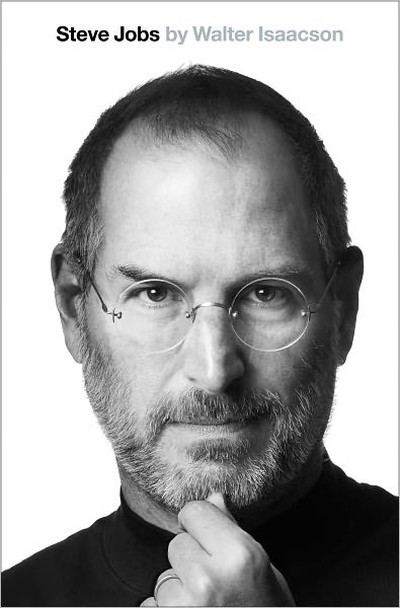 It now appears, however, that publication may have been moved up a bit, as the book's page at Barnes & Noble has been updated with a release date of November 21, 2011, as noticed by AllThingsD. An image of the book's cover has also been added to the page. The photo of Jobs used for the cover is a black-and-white version of of the image found on Jobs' page in Apple's recently-revamped company leadership pages.

Based on more than forty interviews with Jobs conducted over two years as well as interviews with more than a hundred family members, friends, adversaries, competitors, and colleagues this book chronicles the rollercoaster life and searingly intense personality of a creative entrepreneur whose passion for perfection and ferocious drive revolutionized six industries: personal computers, animated movies, music, phones, tablet computing, and digital publishing.

According the book's overview as submitted by the publisher, Jobs has cooperated with the book and has not asked for any control over the final product. He has reportedly left no topic off-limits for the book and has not even requested the right to read it before publication, suggesting that the book will yield the most open look at Jobs' personal and professional life yet published.

Amazon is also offering pre-orders for the book and showing the cover, although the book's page there continues to show the previous March 6, 2012 release date.

ineedamac
This may be the first book I purchase from iBooks.
Score: 10 Votes (Like | Disagree)

TimUSCA
I rarely read books for pleasure, but I will be buying this on Day 1. As sad as it is, it makes me wonder if Jobs finally approved of a biography because he knew his final days were on the horizon.

Should be an excellent read.

I would hope that it becomes available in the iBook Store.

As sad as it is, it makes me wonder if Jobs finally approved of a biography because he knew his final days were on the horizon.

Everyone's final days are "on the horizon". It's just a question of how far away that horizon is, and what you do before you get there.
I'm willing to bet Jobs still has more to give than most will manage in their whole lifetime.
Score: 6 Votes (Like | Disagree)

I'm not a voracious book reader either, but I will be buying it on day one.

Also, is it some sorta indication that Steve Jobs as Apple CEO early next year no more? :(


Ya the grammar on that second sentence was painful. But voracious is a good word.
Score: 5 Votes (Like | Disagree)

FroMann
Will it be on Kindle?
Score: 5 Votes (Like | Disagree)

Veinticinco
Authorized biogs are never as juicy as the unauthorized half-siblings...

All the best anecdotes we've read on MR (most recently, the ESPN CEO/Disney board meeting) are ones where Steve is acting like an Aspergic prize tool and thus, those are the types we won't be seeing included in this book sadly.
Score: 4 Votes (Like | Disagree)
Read All Comments