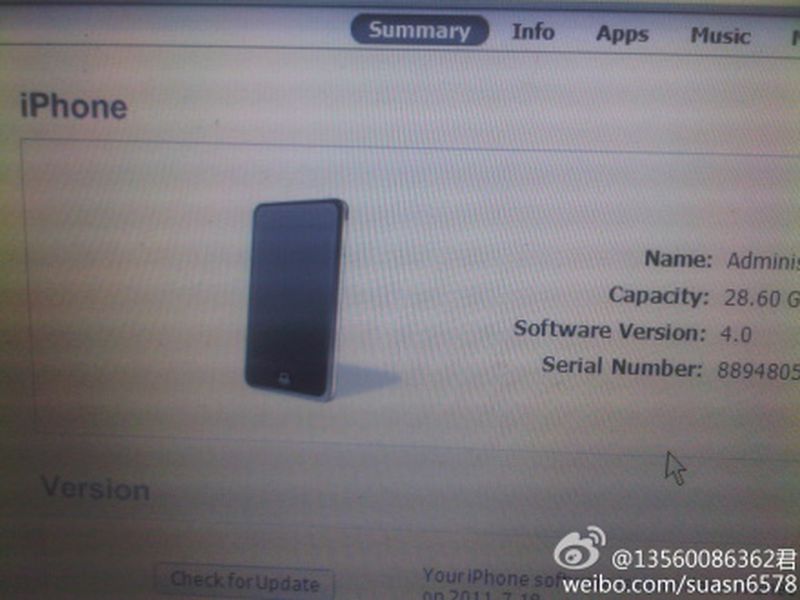 The images claim to be of an "iPhone 4GS" test model running iOS 4.0. The unit appears to be identical to the iPhone 4 with a reported 5 megapixel camera based on the diagnostic software. The iTunes artwork looks different but as some readers have pointed out -- no camera and looks to simply be the original iPod Touch artwork. 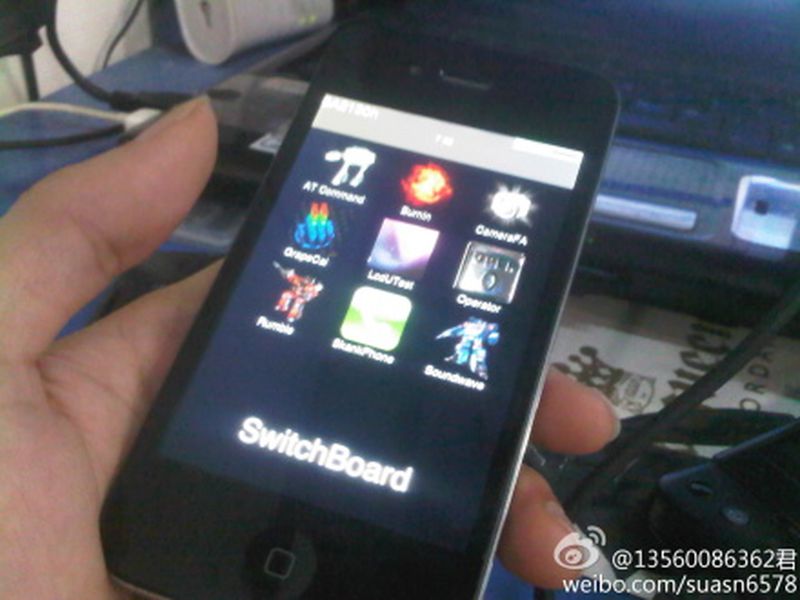 Beyond that information, there is little else that seems remarkable about the device, and due to the difficulties in translation, we can't even be sure of all the claims, nor the creditability of the original source. As such, we are posting for discussion and interest alone, and not necessarily that these represent accurate images.

The next iPhone is expected to be released this september and there have been reports that the new device might be undergoing testing within the current iPhone 4 casing. The Wall Street Journal has claimed that the final design will be "thinner and lighter" than the iPhone 4.

Update: Based on serial number and iOS version, it seems this is most likely an earlier iPhone 4 prototype. The serial number indicates that the phone was manufactured in the 48th week of 2009.

yep, moved this to ios blog.

I took it upon myself to do this. The "test" device in that iTunes picture looks like a first generation iPod Touch. I zoomed in with photoshop, and this came up


That'll be the small plastic tab that covered the WiFi antenna in the first gen. iPod touch.

MacNewsFix
There are so many conflicting reports from analysts and rumor sites right now on the next iteration of the iPhone that I half expect it to be made of unicorn blood and the laughter of small children. Oh yeah, and rainbows! Rainbows definitely.
Rating: 3 Votes

There are so many conflicting reports from analysts and rumor sites right now on the next iteration of the iPhone that I half expect it to be made of unicorn blood and the laughter of small children. Oh yeah, and rainbows! Rainbows definitely.


If it ain't got Double Rainbows®, I ain't interested.
Rating: 2 Votes

Alchematron
Better have a bigger screen!

That's for dang sure!
Rating: 2 Votes

Intell
Oooo. I has iPhone 4GS as well. Not really.
Rating: 2 Votes
[ Read All Comments ]