Shipping estimates for new online iPad 2 orders from Apple have fallen to just 3-5 business days in a number of countries, down from the earlier 1-2 week estimates that had been in place since April. The new shipping estimates apply to both engraved and non-engraved models and appear to be in effect throughout Apple's North American and Asia-Pacific distribution channels. Shipping estimates in Europe remain at 1-2 weeks for the time being, although past history suggests that they should quickly follow the lead of the other markets. 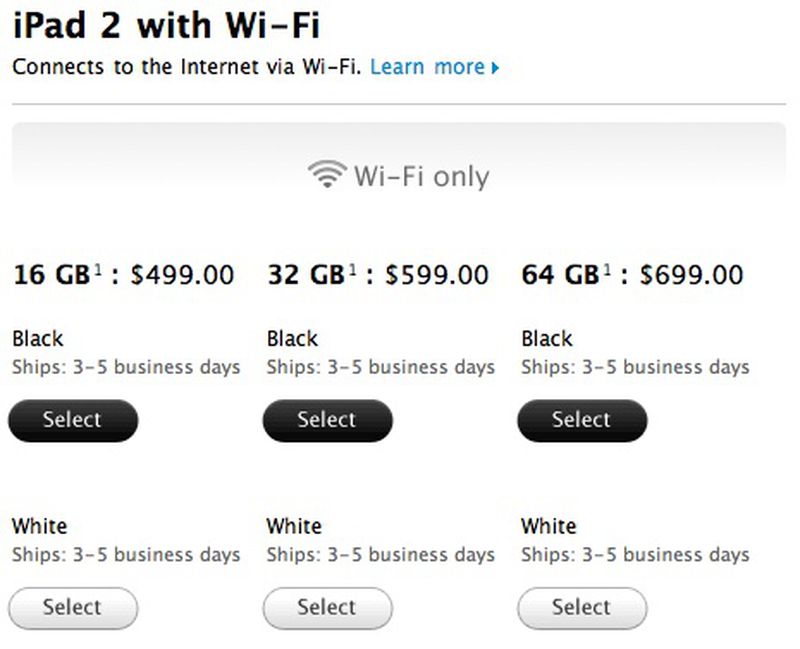 Apple's shipping estimates for the iPad quickly ballooned to 4-5 weeks at the device's launch, and have been gradually improving since that time. With turnaround times now at or under a week, Apple appears to have finally tooled up sufficiently to nearly meet demand.

306Designs
About time they caught up!
Rating: 1 Votes

iPhone 4s are shipping within 24 hours.

That's great. What does it have to do with the topic at hand?
Rating: 1 Votes
[ Read All Comments ]