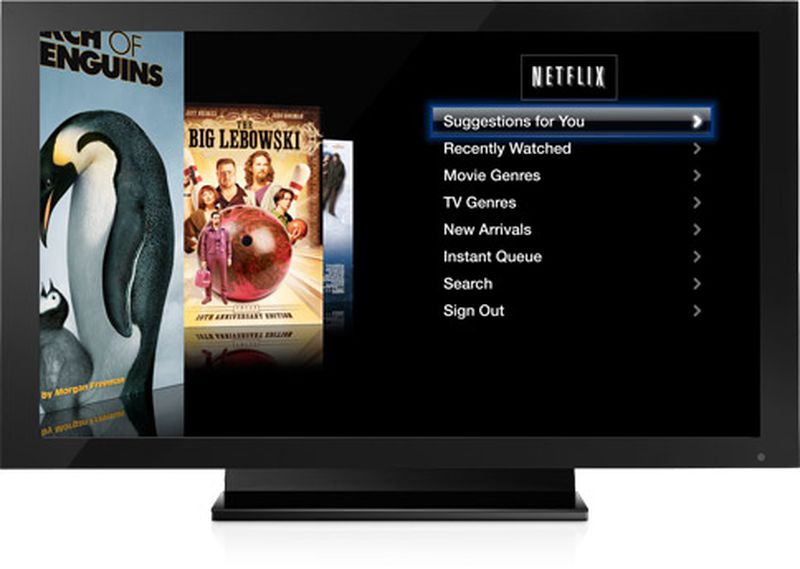 Some Apple TV users have experienced errors connecting to Netflix over the holiday weekend, Netflix confirmed to Wired's Gadget Lab. Netflix claims the issues have been resolved, noting "we had a technical issue with a few devices that’s fixed now."

A number of readers posted in the MacRumors forums about the issues, receiving errors 111, 112 and 115 when attempting to watch a program on Netflix. The issue didn't seem to be caused by jailbreaking, or an older version of the Apple TV software and Netflix didn't give any hint as to the cause of the errors.

Users on other iOS devices, including the iPad and iPhone, were unaffected.

jayhawk11
How about the constantly out of sync Audio and Video that's been plaguing users for several weeks? Any fix for that?
Rating: 6 Votes

Solowalker
I actually was having this on my PS3. Glad it's fixed.
Rating: 2 Votes

SandboxGeneral
I haven't experienced any of those issues with my ATV2 and/or Netflix. In fact, I've canceled my cable TV service and kept only Internet in favor of the ATV2 as my primary "TV" device.
Rating: 1 Votes

TheFlashGuy
/dreams of getting NetFlix in the UK
Rating: 1 Votes
[ Read All Comments ]