Is ASUS Trying to be Apple?

If it was just their MacBook Air-alike, we might have let it pass. But after we saw the ASUS Chairman's Computex presentation and "Behind the Scenes" video, it seems that ASUS is trying hard to be like Apple. Here is ASUS Chairman Jonney Shih revealing their one more thing at the Computex press conference:

At the end of the Asus press conference at Computex 2011, Chairman Jonney Shih waited until the very last minute to unveil the best product of the night: The Asus PadFone, a convergent device that docks a smartphone into the back of a slate so that they can be used together as a single device.


Note the staged phone call comes from "Steve". And here's their "behind the scenes" video, complete with interview with the designer: 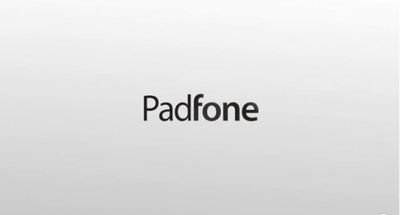 There's nothing particularly wrong about trying, though they do come across as a Bizarro Apple.

ridley182
lol @ the "padfone" at the end. ASUS has a serious case of Apple envy alright.
Score: 7 Votes (Like | Disagree)

It happens more that you might think. I'm studying this at the minute. The tiger economies import the technology from innovators, break it down, work out how to do it cheaper, and then copy the ideas for a lower price.

Toyota had the same problem. It discovered a company called Cherry, who had taken one of their cars, torn it down and then recreated it to the exact specs with just larger headlights to differentiate.

As someone mentioned above, if you can't innovate; replicate.


I believe Toyota started out in the 1930's in much the same way, by copying Chrysler, Ford and GM. Heck, even Steve Jobs famously once said, 'We have always been shameless about stealing great ideas.'

The challenge for any designer is to learn from what others are doing, and then add to it, innovate, make it better, put their own stamp on it  and then, sadly, step away and let the lawyers fight it out to see who owes who money when all the dust has settled!
Score: 6 Votes (Like | Disagree)

This does not sound very professional. Just because the Vietnamese couldn't copy Apple very well, that doesn't give you the right to mock them.

First, Asus is a Taiwanese company. Second, why are you bringing up nationality?

This is a blog that covers topics related to Apple, and any news from a competitor that might be relevant to discussion. Asus is aping Apple's look, themes and style (even down to using the same font, Myriad Pro) and all that this post is doing is pointing out the eerie similarities. It's not unprofessional at all.
Score: 5 Votes (Like | Disagree)

NorCal Explorer
Is this real?

Is this real? It looks like a comedy routine on SNL. This can not possibly be a real product and it must be a late April fools joke from MacRumors. :D
Score: 5 Votes (Like | Disagree)
Read All Comments

Saturday December 3, 2022 10:23 am PST by Joe Rossignol
iPhone 12 Pro and Pro Max, iPhone 13 Pro and Pro Max, and iPhone 14 Pro and Pro Max models feature a LiDAR Scanner next to the rear camera that can be used to measure a person's height instantly in Apple's preinstalled Measure app. To measure a person's height, simply open the Measure app, point your iPhone at the person you want to measure, and make sure they are visible on the screen from...
Read Full Article • 91 comments