We previously highlighted Intel's currently shipping ULV processors as likely candidates for the next MacBook Air. These unreleased processors are obviously even more attractive candidates with turbo boost speeds up to 2.7-2.9GHz. The new processors are listed here:

CPU World has no word on the launch date of these processors, but Apple's been known to receive Intel parts earlier than other manufacturers. The MacBook Air is rumored to be launching in the June-July timeframe. Any of the Sandy Bridge ULV processors would represent a significant boost over the existing MacBook Air processors which are still using the Core 2 Duo processors.

Please put the Backlit Keyboard back in!! It's a must!
Score: 12 Votes (Like | Disagree)

For when you want a computer that's only slightly faster than your cell phone. 1.2Ghz dual core Samsung Galaxy S II anyone?

My laptop does not have class nor does it represent my class. You guys put too much value into inanimate electronics.


Classiness is Apple's sole reason for premium pricing; seeing how they're number one now, the world thinks class is worth it.
Score: 6 Votes (Like | Disagree)


Unfortunately, this is not true. In fact it's doubly not true. First, the rankings where people have been getting that idea actually combine scores from two versions of the 8600M GT. The version which was in the older MBPs is significantly better than its brother, so the ranking for the 8600M GT that we're all familiar with should be quite a bit higher (I fell for this myself).

Second, the HD 3000 we're familiar with is the one that's in the 2011 13" MBP. The version of the HD 3000 we can expect in the Air (such as the one in the processors described in this thread) run at a lower clock speed. So we can't expect the MBA to have the same graphics performance as the MBP. Although, these new chip's turbo speed comes quite close to the chips in the MBP.

I'll agree those are good points, but for a higher-priced machine, people perceive quality. Therefore, especially as the OS is said to be finely tuned to the hardware, the people being bummed out do have a valid point.


Oh certainly, don't get me wrong, I feel we have some right to expect that a new generation of machine shouldn't involve taking a step backwards in something so central as GPU performance. I just mean that there are some business realities involved here that are forcing a sacrifice and Apple has deemed that the sacrifice will inconvenience a small enough sector of the potential customers of this machine that they're willing to go for it. Apple has a spectacular track record for knowing exactly how to scoop the biggest chunk of potential customers. I'm certain they know the downgrade to the HD 3000 will disappoint a group of us but by making this move to Sandy Bridge they're gaining a lot more fans than they're losing. I'd love something with 320M like power but I also understand why it's unrealistic to expect it in the current processor market. I think a 1.8ghz SB MBA owner will have very very little to complain about.
Score: 5 Votes (Like | Disagree)

For when you want a computer that's only slightly faster than your cell phone. 1.2Ghz dual core Samsung Galaxy S II anyone? 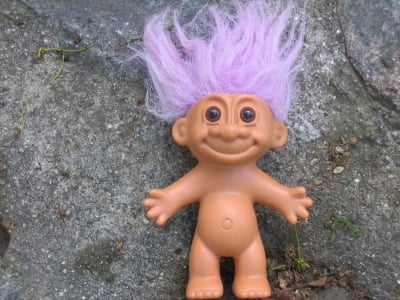 Yamcha
Nice to see even the macbook airs are getting sandy bridge processors..
Score: 4 Votes (Like | Disagree)
Read All Comments