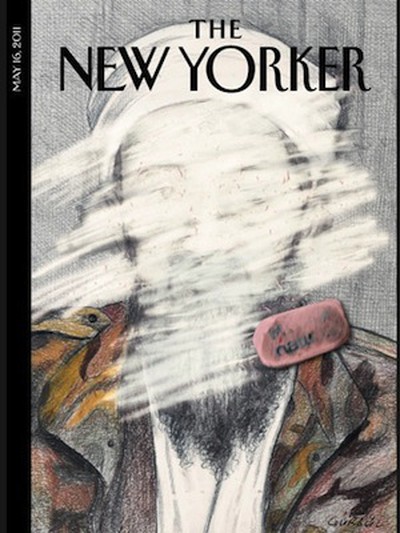 As noted by All Things Digital reports, Conde Nast has followed through on last week's claims that the publisher would begin offering subscriptions to its stable of magazines via the iPad App Store using Apple's in app subscription mechanism. As previously reported, The New Yorker is the first title to debut with subscriptions, but another seven titles should be rolling out soon.

An updated version of that magazine's iPad app gives lets users subscribe to the weekly magazine for $5.99 a month, or the equivalent of a $1.50 an issue. That's a steep discount from the app's old model, which only sold individual issues for $4.99 a pop.

Several reports over the weekend had pointed to a $19.99 annual subscription rate and $1.99 per-issue pricing, but those figures appear to be for the publisher's other titles that are published on a monthly basis. As a weekly magazine, The New Yorker requires a substantial higher subscription fee. Still, single issues of The New Yorker remain priced at $4.99, a significant premium over even the monthly subscription option.

Just as the WSJ can charge for their information (and get it), I think the New Yorker is one of the few magazines that might get $60/year as a workable model. Long-form journalism is rare today. Those who like it will pay.


Couldn't agree more. I've canceled most of my print subscriptions at this point. The content really got thin, and any smartphone can deliver an endless stream of content.

But the New Yorker is different, densely-packed week after week. The thinning of the print herd is already well underway, but I don't see the New Yorker sweating much.
Score: 2 Votes (Like | Disagree)

I think the big market here will be international subs.

Being a weekly makes the postage a significant part of the cost, the price difference between international subs (Canada $US90, Rest of the World $US120) is much greater. An additional bonus is being able to read them in the week of publication instead of the usual 2-3 week delay.
Score: 2 Votes (Like | Disagree)

Yes, this is stealing - it is just wrong.

THIS is the reason why many companies won't give out free subscriptions to current subscribers - this is why people have to pay for digital and paper in many cases. This is stealing from EVERYONE, not that company that publishes - they just raise the price (and make everyone pay for your theft) or they will stop offering the free download and make again everyone else pay for your theft. It is abusing of the system and just theft - can't see anything good in your behavior.


I disagree. I've been longtime subscriber of several music magazines (paper) and never felt there is anything wrong in sharing them with my friends.
Score: 1 Votes (Like | Disagree)

Thankfully my friend won't give up on the paper edition so we'll likely split the $70 cost, he'll take paper and I'll take digital. Probably quasi-stealing, right? Anyone else doing this?
Even at $60 for the year (ipad only) it's still awesome considering the previous price.


Not quasi-stealing. It is stealing.
Score: 1 Votes (Like | Disagree)

kuwisdelu
Good news for me. I like the New Yorker, but hate how the print versions pile up in my tiny apartment.
Score: 1 Votes (Like | Disagree)