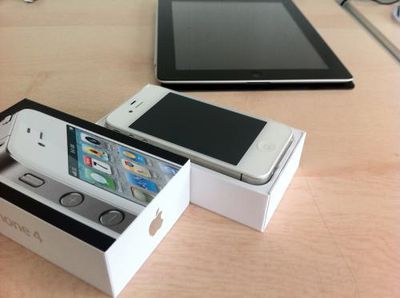 Macerkopf.de reports that they have received confirmation from Germany's 3 carriers that the white iPhone will launch there on April 28th, just like Japan. That leaves us wondering if the rest of the world will also need to wait until Thursday. Signs had pointed to today (April 27th) as the launch date for the white iPhone.

It's still a bit early in the day, but there's been no peep from Apple or its U.S. carrier partners about the launch. Typically, Apple's store will go down in order to update. At this point, it seems likely the worldwide launch is indeed April 28th, so one more day of White iPhone 4 anticipation. 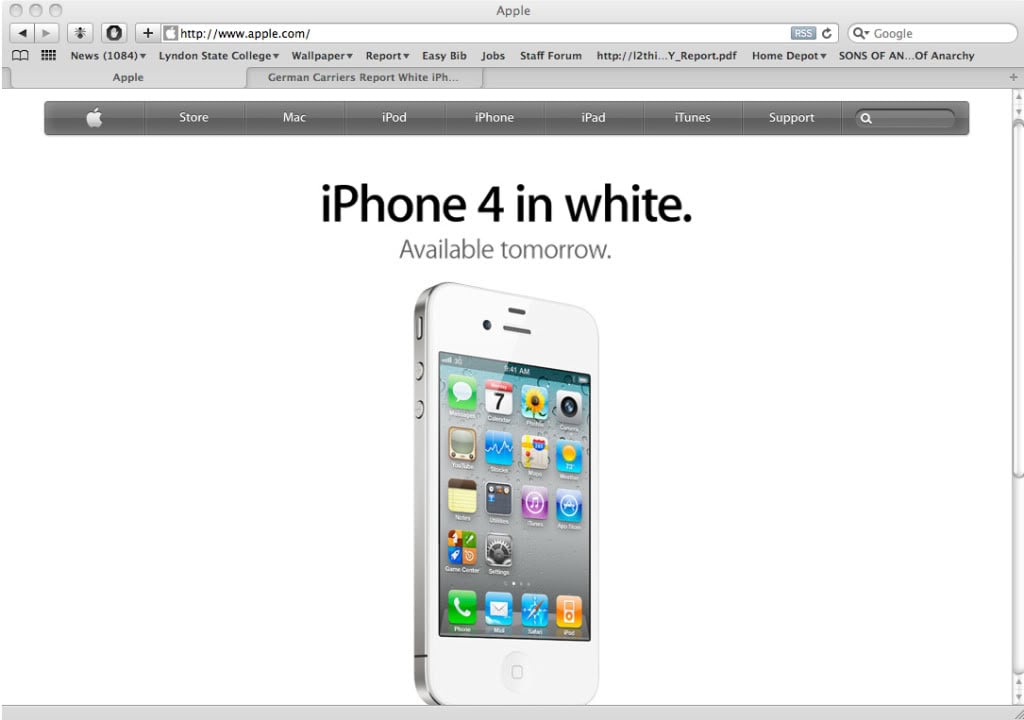 It's a morbid fascination -- like why a new coat of paint would convince anyone to buy 1 year old phone at full price when the new revision is a couple months away.

I for one have a cracked and almost broken iPhone 3G. I will buy the white iPhone tomorrow because it's what I need now.
Score: 1 Votes (Like | Disagree)

...But hey if you can afford it and you like it why shouldn't you buy it?
Life is all about the small things that make you happy...


Exactly. People should spend their money on whatever iOS product makes them happy. Why should people judge?
Score: 1 Votes (Like | Disagree)

ciTiger
I won't buy it cause I like the black and it's not exactly cheap.
But hey if you can afford it and you like it why shouldn't you buy it?
Life is all about the small things that make you happy...
Score: 1 Votes (Like | Disagree)

deadlystriker
It amazes me that people come into this thread with replies such as "white is ugly, who cares etc". If you don't care about this, why bother replying?
Score: 1 Votes (Like | Disagree)

MarlboroLite
Well since it's now well into the afternoon in Europe and no Apple store updates whatsoever, it's looking more and more likely that the official release will not be today.
Score: 1 Votes (Like | Disagree)
Read All Comments

Thursday September 22, 2022 1:04 pm PDT by Juli Clover
Apple today released iOS 16.0.2, addressing a number of bugs that iPhone 14 owners have been experiencing since the new devices launched. iOS 16.0.2 comes two weeks after the launch of iOS 16, and it follows iOS 16.0.1, an update made available to iPhone 14 owners on launch day. The update is available for all iPhones that are capable of running iOS 16. The iOS 16.0.2 update can be...
Read Full Article • 271 comments

Wednesday September 21, 2022 7:49 am PDT by Juli Clover
Apple on Friday released the new iPhone 14 models, and MacRumors videographer Dan picked one up on launch day. He's been using the iPhone 14 Pro Max non-stop since it came out, and over on the MacRumors YouTube channel, has shared his initial thoughts on the day-to-day experience with the latest iPhone. Subscribe to the MacRumors YouTube channel for more videos. Dan's mini review highlights...
Read Full Article • 133 comments

Thursday September 22, 2022 3:12 pm PDT by Joe Rossignol
Apple today explained why the new silicone ear tips for the second-generation AirPods Pro are not officially compatible with the original AirPods Pro. In an updated support document, Apple said the original AirPods Pro ear tips have "noticeably denser mesh" than the second-generation ear tips. Apple did not provide any additional details, but the mesh density could result in acoustical...
Read Full Article • 90 comments