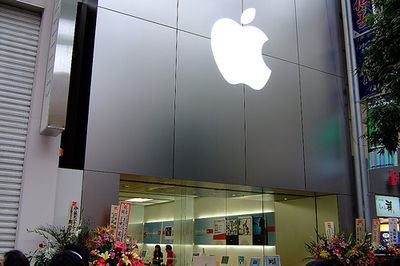 Photo of Apple Store in Sendai, Japan by naok
Apple CEO Steve Jobs is reported to have sent a message to Apple staff regarding the recent earthquake and tsunami in Japan. The contents of the email were posted to Chihouban.com (via Mac Otakara), and MacRumors had also received a copy of it independently. The email was said to have been sent to all Apple employees.

To Our Team in Japan,

We have all been following the unfolding disaster in Japan. Our hearts go out to you and your families, as well as all of your countrymen who have been touched by this tragedy.

If you need time or resources to visit or care for your families, please see HR and we will help you. If you are aware of any supplies that are needed, please also tell HR and we will do what we can to arrange delivery.

Again, our hearts go out to you during this unimaginable crisis.
Please stay safe.
Steve and the entire Executive Team

Apple has set up Red Cross donations through iTunes, and delayed plans to launch the iPad 2 in Japan due to the recovery efforts. We also previously reported on Digg founder Kevin Rose's email correspondence with a friend in Japan relaying Apple's efforts to support its customers and employees in the aftermath of the earthquake.

Xeperu
In other news, many companies do this. A friend was flown back (expat) together with 5 colleagues on the first flight possible. Luckily for them it was first class.

Companies help employees in need, in other news, bears poop in the woods. More at 5.
Score: 1 Votes (Like | Disagree)
Read All Comments