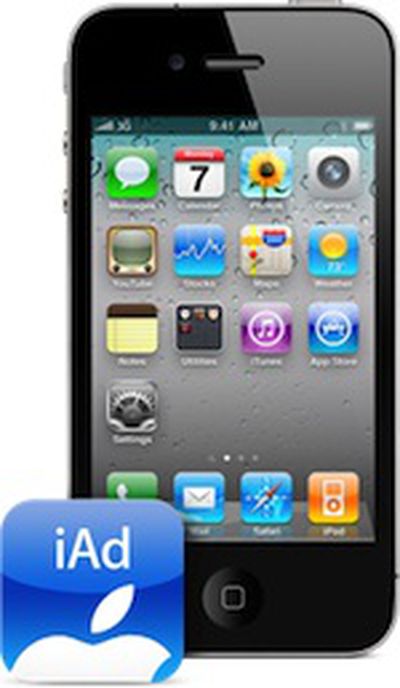 Last week, we noted that Apple and Campbell's had commissioned a study that demonstrated that Apple's iAd mobile advertising platform offers advertisers more bang for their buck and greater brand recognition than traditional advertising channels such as television.

Apple may have felt it needed that data in order to entice advertisers to join the program, as a new report from TechCrunch suggests that fill rates for ad requests are dropping and the company's staffers are struggling to get advertisers to sign on following the initial high-publicity push that accompanied the service's launch last July.

Across the board, several developers I've spoken to confirm that "fill rates" for iAds dropped drastically after the New Year and have yet to recover. The fill rate - what percentage of the ad inventory is actually filled with an ad - for two separate developers plummeted from 18 percent to 6 percent. And in a few instances for some newer apps, none of the ad slots were getting filled, compared to nearly complete fill rates from other mobile ad networks. Others report better fill rates but as one developer says, "They have definitely come down."

The report isn't the first to note a significant drop in fill rates with the new year, and it is unclear whether the result is due to a decline in advertiser participation because of dissatisfaction with the program, expected seasonal variations in advertising spending, or simply Apple struggling to fill an increasing number of available slots buoyed by a burst of sales of iOS devices over the holidays.

But TechCrunch's report delves further into the situation, noting that the initial wave of advertisers were brought on board with Steve Jobs and other key executives personally meeting with CEOs of other companies to seal the deal, and now that that initial splash is over, the iAd program is becoming a harder sell.

After selling the initial campaigns, the relationships were dumped into the laps of junior account managers in Apple's advertising business (which came out of Apple's $275 million acquisition of Quattro Wireless last year). They are being tasked to get renewals this year from ad agencies and brands or equal or greater amounts. But the experiment is over (advertisers can now see how the ads perform) and these junior salesmen don't have access to the CEOs. They need to talk to their counterparts at ad agencies and brands, who can't spend $1 million on a mobile ad campaign so easily. One ad agency executive tells me that the iAd salespeople are suddenly calling a lot more and becoming very aggressive in pushing for renewals.

Other issues such as a lack of cross-platform compatibility and pricing structures have also been cited as reasons for advertisers being wary of coming on board, but together it appears that Apple may be having problems expanding the program rapidly enough to satisfy the growing number of apps and devices looking to tap into iAds.