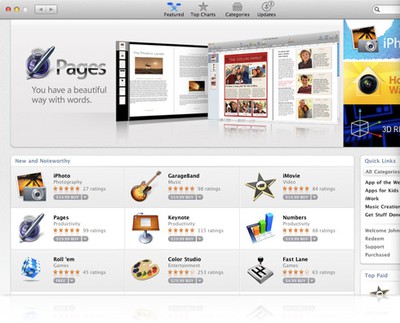 Despite some recent predictions to the contrary, The Loop claims the Mac App Store won't be launching until January 2011.

Reports earlier this week claimed Apple would launch the Mac App Store on December 13, ahead of the holiday shopping season. However, according to my sources, Apple will launch the store in the new year.

Monday July 6, 2020 2:04 pm PDT by Juli Clover
Ahead of the launch of new iPhones we often see dummy models created based on leaked schematics and specifications, with those models designed to let case makers create cases for the new devices ahead of their release. We got our hands on a set of dummy models that represent the iPhone 12 lineup, giving us our first close look at the iPhone 4-style design and the different size options. Subscri ...
Read Full Article • 117 comments