FaceTime Set to Come to Mac OS X and Windows? 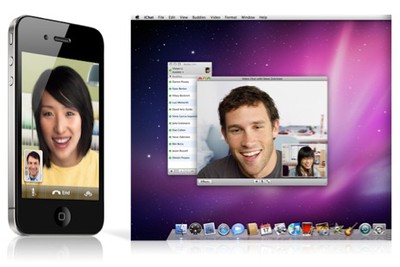 French site Mac4Ever briefly reports [Google translation] that iLife '11 may finally be nearing a launch and that Apple's FaceTime video calling feature currently available on the iPhone 4 and fourth-generation iPod touch may be set to come to both Mac and Windows platforms, a move which would provide a significant boost to the feature's appeal. FaceTime is said to be integrated into iChat on Mac OS X, although there is no word on how it would be offered on Windows.

To begin with, iLife '11, which was announced this summer (along with the disappearance of iDVD), might finally come out very very soon. Moreover, it's rumored that Apple is getting ready to release Facetime for Mac and PC, with the Mac version being integrated into the iChat software.

The site's recent predictions regarding iLife '11 have yet to come to fruition, however, as the release missed the claimed release date of August 17th. Details of the next-generation iLife suite such as 64-bit applications, significant iWeb revamp, iDVD discontinuation, and a new "mystery" app have of course yet to be confirmed either way, and we'll have to wait for the release to drop to judge these claims.

Thank you to user iKenny for an improved translation.