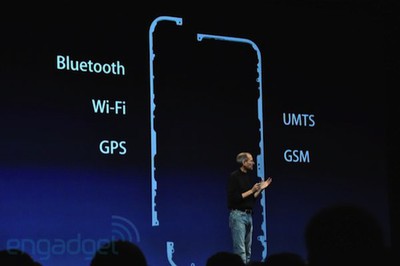 Apple Inc.'s senior antenna expert voiced concern to Chief Executive Officer Steve Jobs in the early design phase of the iPhone 4 that the antenna design could lead to dropped calls, a person familiar with the matter said.

Last year, Ruben Caballero, a senior engineer and antenna expert, informed Apple's management the device's design may cause reception problems, said the person, who is not authorized to speak on Apple's behalf and asked not to be identified.

The report also cites claims from a second source that one of Apple's carrier partners also raised concerns about the design ahead of the device's launch late last month, although presumably those concerns came much closer to the product's launch than Caballero's.

Apple declined to comment on the report, and Caballero did not respond to multiple attempts to contact him for the story.

Apple is set to hold a press conference at 10:00 AM Pacific Time tomorrow on the topic of the iPhone 4, and the company is widely expected to talk about the device's signal issues at the event.

Monday June 21, 2021 7:17 am PDT by Hartley Charlton
Users appear to be underwhelmed by Apple's upcoming iOS 15 and iPadOS 15 updates, according to the findings of a new survey by SellCell. The survey asked 3,000 iPhone and iPad users, evenly split between men and women, aged 18 or over in the United States, what they thought of iOS 15, iPadOS 15, and the naming of the upcoming iPhone 13 lineup. Over 50 percent of all of the survey's...
Read Full Article • 340 comments

Monday June 21, 2021 7:07 am PDT by Joe Rossignol
Following widespread reports that the iPhone 12 mini has experienced poor sales performance, at least relative to other iPhone 12 models, Taiwanese research firm TrendForce today claimed that production of the device has already ended. According to TrendForce, the iPhone 12 mini "reached End-of-Life ahead of time" during the second quarter of 2021, suggesting that Apple will focus on selling ...
Read Full Article • 164 comments