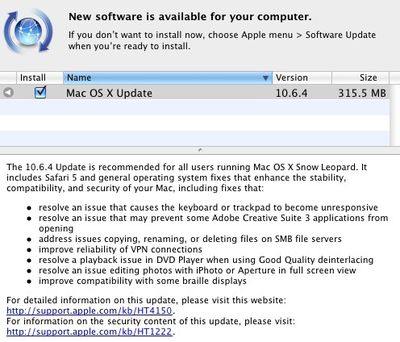 The 10.6.4 Update is recommended for all users running Mac OS X Snow Leopard. It includes Safari 5 and general operating system fixes that enhance the stability, compatibility, and security of your Mac, including fixes that: