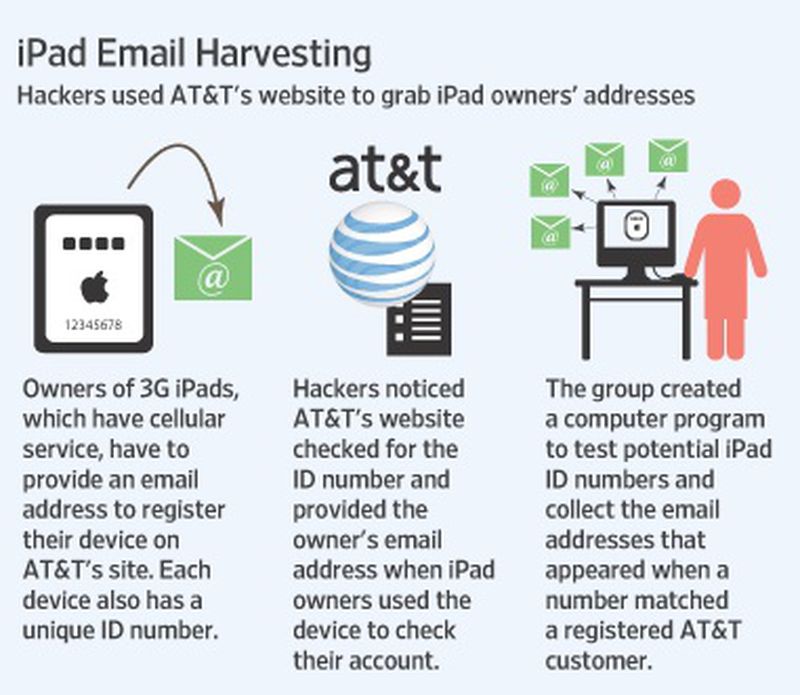 The Wall Street Journal reports that the U.S. Federal Bureau of Investigation has begun an investigation into the AT&T security breach that resulted in the exposure of emails addresses and SIM identifiers for over 100,000 iPad users signed up for 3G access on its network.

As for what the group did with the information between the time of its collection and its sharing of the details with Gawker for publication, the group claims that Gawker was the only outside party to receive the information and that the information was only disclosed once the hole had been closed. While the group has taken some criticism for not directly contacting AT&T about the situation, it claims that it "made sure that someone else tipped them off" and waited for AT&T to fix the issue before going public.