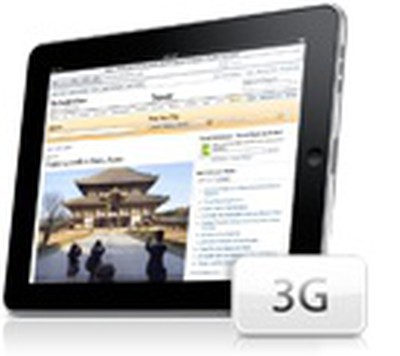 The breach, which comes just weeks after an Apple employee lost an iPhone prototype in a bar, exposed the most exclusive email list on the planet, a collection of early-adopter iPad 3G subscribers that includes thousands of A-listers in finance, politics and media, from New York Times Co. CEO Janet Robinson to Diane Sawyer of ABC News to film mogul Harvey Weinstein to Mayor Michael Bloomberg. It even appears that White House Chief of Staff Rahm Emanuel's information was compromised.

The security hole, which has been closed by AT&T, appears to have been related to data meant for a Web application accessible on the iPad. Those who discovered the hole were able to guess large swaths of ICC-ID numbers based on a handful of known numbers and use a script paired with an iPad user agent setting on their browser to query the email addresses associated with the ICC-IDs.

Beyond the obvious privacy implications of having personal email addresses exposed, it is unclear exactly what the ramifications of the security breach are. Despite claims from those who discovered the breach that the information might be able to be used to spoof devices or intercept data, other security researchers do not believe that to be possible. AT&T and Apple have yet to comment on the situation.

Friday July 30, 2021 9:04 am PDT by Sami Fathi
Tesla CEO Elon Musk reportedly once demanded that he be made Apple CEO in a brief discussion of a potential acquisition with Apple's current CEO, Tim Cook. The claim comes in a new book titled "Power Play: Tesla, Elon Musk and the Bet of the Century," as reviewed by The Los Angeles Times. According to the book, during a 2016 phone call between Musk and Cook that touched on the possibility of ...
Read Full Article • 253 comments