Microsoft is continuing to push forward with work on Office for Mac 2011, issuing a third beta release of the productivity suite in advance of a final release scheduled for launch around the end of the year. With Office 2011's features and functionality becoming firmed up, Microsoft has begun putting more effort into some of the finishing touches that offer some obvious visual changes.

Some of those changes included in the latest beta version are new icons and splash screens for the Office applications, as well as minor tweaks to several toolbar and ribbon icons. Application interfaces otherwise appear largely the same as in earlier beta versions, although Microsoft is undoubtedly continuing to refine its flagship productivity suite with functionality fixes and enhancements. 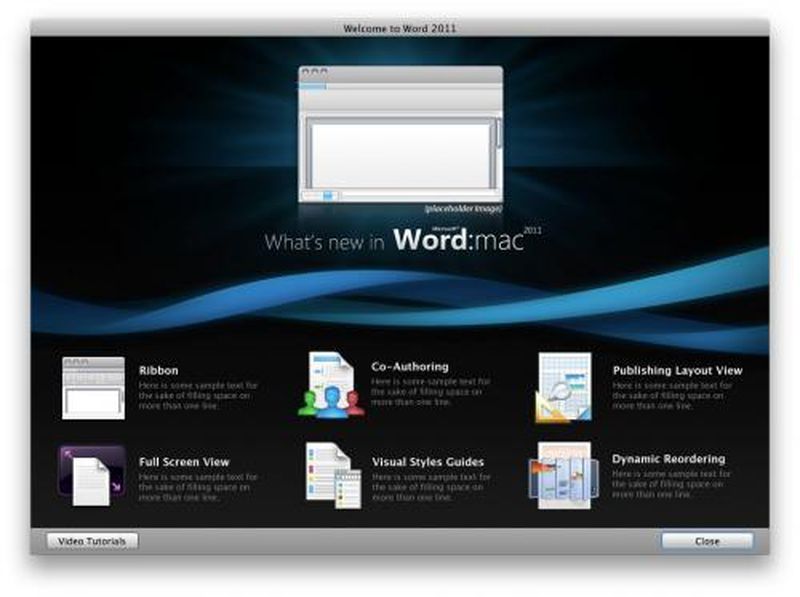 We'll keep our eyes peeled for information on more substantial functional changes included in the latest beta as testers put it through its paces.