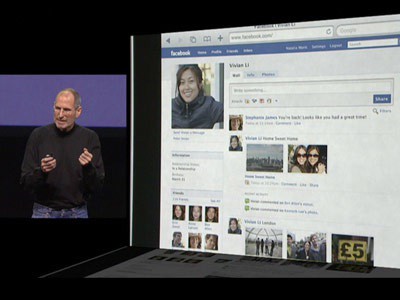 Silicon Alley Insider reports that a "plugged-in source in the mobile industry" has indicated that Apple is building some form of Facebook integration into iPhone OS, with a possible introduction next month at the company's Worldwide Developers Conference.

Our source tells us that Apple is at least going to build Facebook contact syncing directly into the iPhone software, so you can pull Facebook contacts into your iPhone's phonebook. This is a no-brainer, and is already a feature that some of Apple's competition offers, so it makes sense to include on the iPhone.