iPhone 4G to Have Glass/Ceramic Back, User Removable Battery?

Sunday April 18, 2010 9:24 pm PDT by Arnold Kim
Seems more people are becoming convinced that the iPhone 4G images leaked by Engadget over the weekend are indeed legitimate. In fact, the report that the pictured product is actually a Japanese counterfeit has been retracted and was itself a false claim.

Daring Fireball's John Gruber now believes the images are real and that the next generation iPhone looks like the images depicted. Gruber also adds a detail that he has heard that the new iPhones will have a "fancy glass" back.

Multiple sources familiar with the next iPhone have confirmed to me that the back is made out of some sort of fancy glass -- and looks pretty much exactly what's pictured at Engadget. That's not the only reason I believe Engadget's unit is legit, but it's one.

He points to a 2006 Apple patent application which describes the use of Zirconia as a durable and radio-transparent material that might be used.

Now, if you do believe that these images do represent the next generation iPhone, one interesting detail noted by an Engadget commenter is that it appears to allow for a user removable battery. 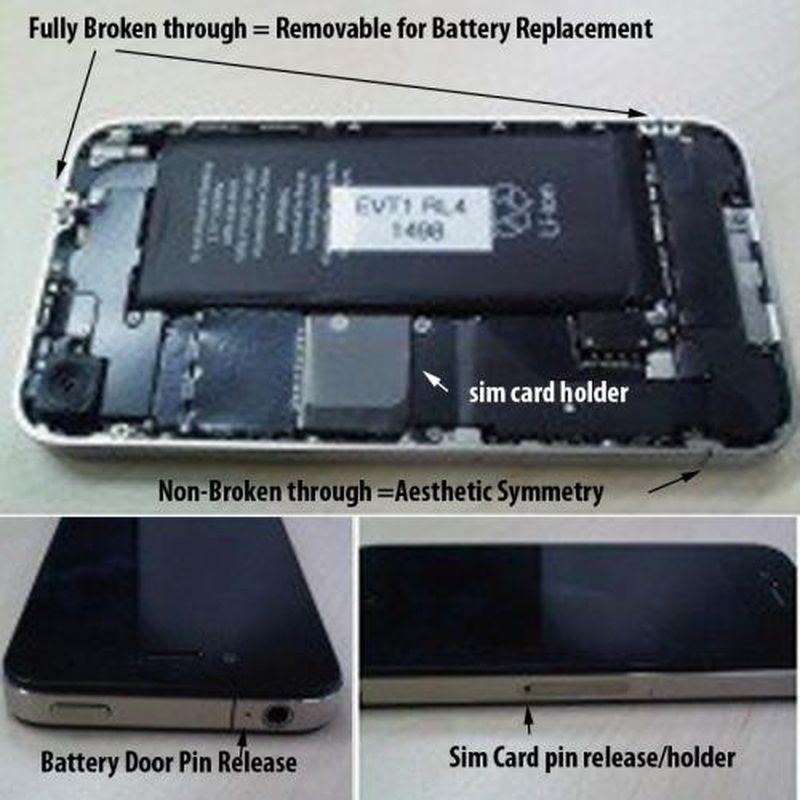 This annotated image shows break points in the casing that suggests the side compartment might be removable to allow the user to replace the battery. The iPhone, of course, has never allowed for a user removable battery in the past.