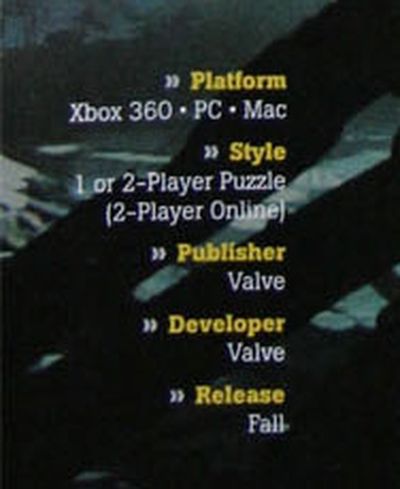 After Valve's series of teaser images, it's now been revealed that their upcoming sequel Portal 2 will also be coming to the Mac. The above image comes from a series of scans from the latest issue of Gameinformer magazine which carries a cover story about the much anticipated sequel.

The original Portal game was originally released as part of the Orange Box compilation for Xbox and PC. It was a relatively short game featuring physics based puzzles in which the player manipulated two different teleporting portal entrances:


The original game was a critical success and has resulted in the full-length sequel planned this fall. Portal 2 will presumably be distributed on a Mac version of Steam which has been hinted at over the past week.
[ 170 comments ]