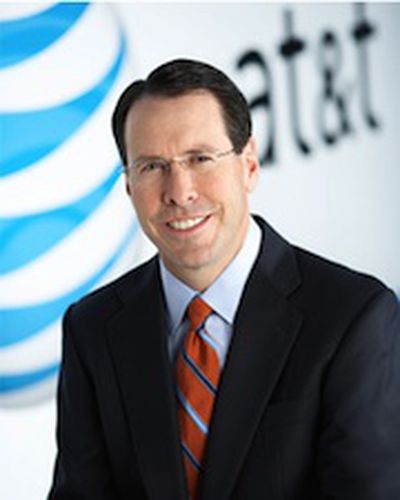 The Wall Street Journal reports (subscription required) on comments made today by AT&T CEO Randall Stephenson at an investor conference in which he noted that he expects Apple's iPhone to be an important part of the carrier's offerings for "quite some time". Stephenson did not address, however, whether the company is expecting to lose its exclusivity for the iPhone in the U.S. in the near future.

Stephenson also noted that he is pleased with the progress AT&T has made on its network, particularly in New York City and San Francisco, where users have been troubled by poor performance. In addition to voice quality issues, which Stephenson noted should be greatly improved by mid-year, AT&T has also been working to increase data capacity, with the company now handling half of all wireless data traffic in the United States.

Another topic of conversation at the conference was "variable pricing models", which Stephenson said are inevitable. The comments are reminiscent of similar talk from AT&T Mobility CEO Ralph de la Vega last December that led some to believe that tiered data pricing was imminent. AT&T moved to downplay such speculation in the following weeks and may find itself again having to clarify Stephenson's comments on the matter today.

One of the issues AT&T faces is the large amount of wireless traffic the iPhone generates. He said that AT&T is carrying half of the nation's wireless data traffic.

He said that carriers will eventually move to a "variable pricing model," and that it was inevitable that heavy users should pay more than low users. He added that emerging market products such as an electronic reader already follows the variable model.

On the issue of LTE (4G) deployment, Stephenson reported that AT&T is "not in a tremendous hurry" to deploy the next-generation network, noting that the technology is still being developed and widespread availability of products taking advantage of the technology is not expected until 2012.

In a separate report, Reuters notes that Stephenson also addressed Apple's iPad, claiming that he sees the device as being mainly a "Wi-Fi driven product". The report curiously explains that Stephenson does not expect the iPad to generate significant numbers of new "subscriptions" for AT&T, although customers are expected to use "prepaid" services.

While AT&T has agreed to provide wireless connections to the iPad tablet computer, Randall Stephenson said he does not expect the device to result in many new service subscriptions for AT&T as consumers will instead use Wi-Fi or prepaid services, where they do not subscribe to a service contract.

It is unclear what these terms are referring to, as Apple has only announced that AT&T will be providing month-to-month, contract-free data services for the iPad that could be considered both "prepaid" and "subscriptions".