iFun.de reports [Google translation] on an Apfeltalk forum thread in which an iPhone 3GS user shows an apparent wearing off of the device's oleophobic screen coating. In addition to the initial post containing an image of the issue, a second post later in the thread compares the screen condition before and after cleaning. 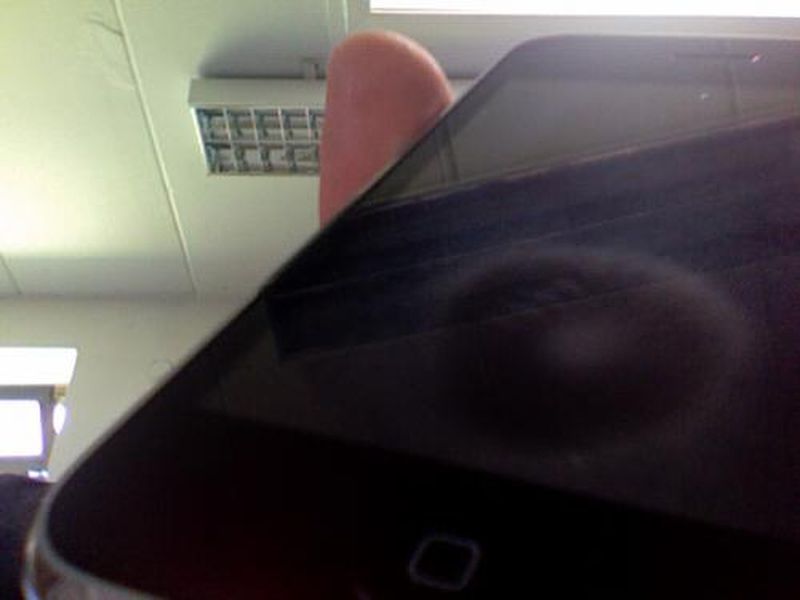 The area of wear on the user's iPhone 3GS apparently corresponds to his heavy use of Flick Fishing, which utilizes a circular motion on the lower portion of the screen to reel in fishing line.

The oleophobic screen coating on the new iPhone 3GS is designed to be fingerprint-resistant, simplifying the cleaning process in comparison to older iPhone models and allowing the screen to remain clearer during use.