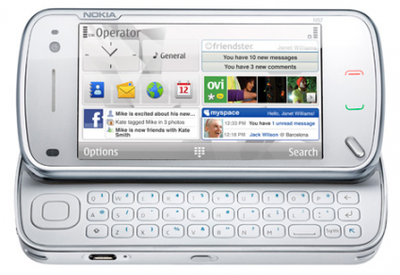 Nokia unveiled a new smartphone today called the Nokia N97. Nokia describes the phone as "the world's most advanced mobile computer" and is clearly positioned against Apple's iPhone. The list of features include:

The following interface video looks quite impressive, though an actual hands on video appears much slower and unpolished.

Nokia remains the worldwide leader in phone sales with 117.8 million phones sold in Q3 2008 as compared to Apple's 6.9 million iPhones. Still, in the smartphone market, Nokia has seemingly been threatened by the Blackberry, iPhone and Android platforms. In June, Nokia bought out Symbia Ltd, the developers of their mobile operating system.

Crave notes that the Nokia N97 will see first release in the first half of 2009, but no U.S. timetable has been announced.

iPhone 14 Suppliers Reportedly Feeling Uncertain About Demand Ahead of Launch