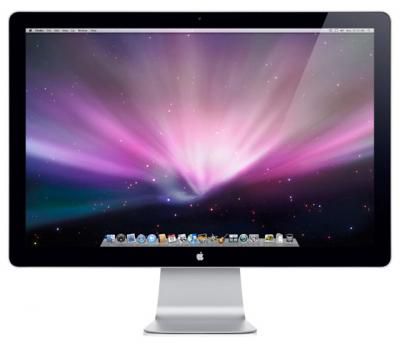 The new LED Cinema Display is the most advanced display that Apple has ever made, said Philip Schiller, Apples senior vice president of Worldwide Product Marketing. It is a perfect fit for our sleek new line of aluminum MacBooks with its 24-inch LED-backlit screen, aluminum and glass enclosure, integrated camera, mic and speakers, MagSafe charger, three USB ports and Mini DisplayPort.

The 24" LED Cinema Display adds a built-in iSight video camera, mic and speakers. Other features include:

The new screen is priced at $899 and will be available in November and requires a new MacBook, MacBook Pro or MacBook Air with the Mini DisplayPort connector. More details can be found at http://www.apple.com/displays/

- Photos/hands on: one, two, three