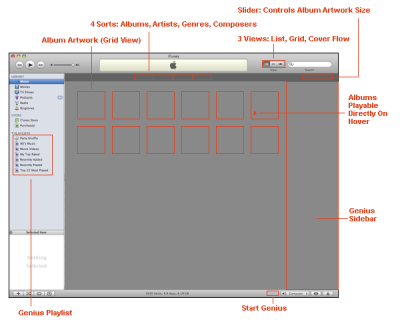 Kevin Rose has posted a diagram of what he believes iTunes 8 will look like. He diagrams an iPhoto-like grid-view that allows users to view album art. Albums will reportedly be "directly playable" when you hover over the album. Rose is the founder of Digg and also has been the source of many of the rumors leading up to tomorrow's event.

Rose also recaps his previous rumors, which include: