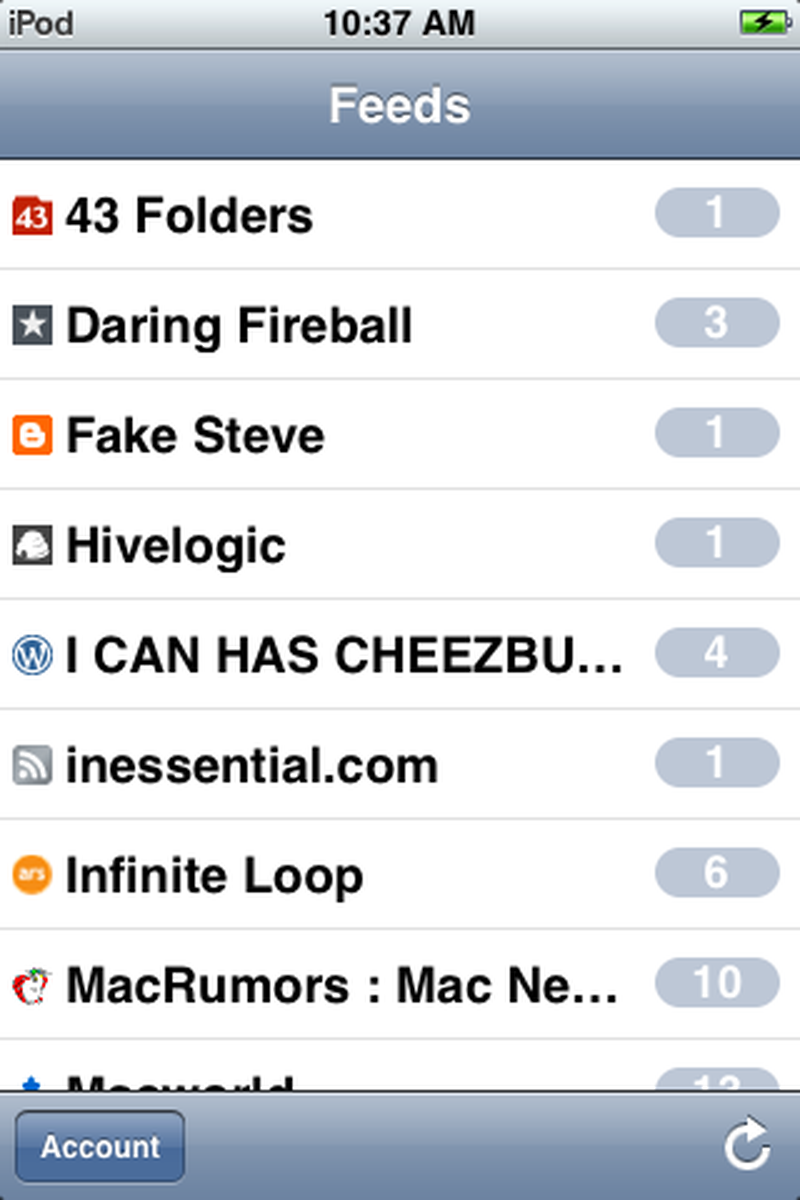 Arstechnica has a preview of a native version of the popular NetNewsWire RSS reader for the iPhone.

The iPhone version of NewNewsWire shares a lot of ideas and functionality with its big brother on the desktop, but Brent's tweaked the scope of the mobile version in such a way that it fits very nicely with the scope and purpose of what an iPhone application should be.

The mobile version of NetNewswire does not try to replicate all the functionality of its desktop counterpart, but focuses on the mobile "satellite" focus. Of course, read/unread states will be pushed to NewsGator which will sync with your desktop application. Brent Simmons describes targeting the application to people on-the-go who might have just a few minutes in between tasks to catch up on their feeds.

More screenshots available in the original article. Current NetNewsWire users should remember that there exists a mobile iPhone optimized version of the site that provides similar functionality at m.newsgator.com.