We had heard reliable reports that Apple will be launching a new version of their Airport Express next week, likely on Tuesday. Apple Retail stores should have stock of the new Airport Express by mid week. The new model will be priced at the same price as the current model ($99). Though details have not been confirmed, it appears the upgrade will most likely include support for 802.11n wireless networking. 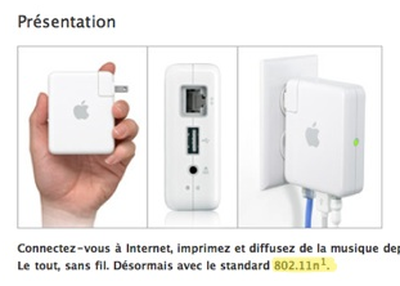 The Airport Express currently supports 802.11b/g networking only. 802.11n offers greater performance, more range, and improved reliability over the older Wifi standards. Apple has been including 802.11n in their computers since early 2007.

Airport Express allows you to stream your music from iTunes, share a printer wirelessly, and share your internet. More details about Airport Express itself at Apple's site.

Tuesday May 4, 2021 9:51 am PDT by Juli Clover
Just after Apple announced its AirTags, Tile CEO CJ Prober relayed his concerns about competing with Apple in the tracking space, and said that Tile would ask Congress to investigate Apple's business practices specific to Find My and item trackers. Prober this week did an interview with Bloomberg, where he further expanded on Tile's complaints about Apple and why he feels that Tile is...
Read Full Article • 440 comments