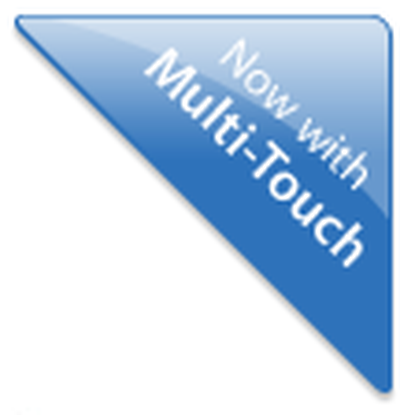 After weeks of anticipation, Apple has finally released new MacBook Pros based on the latest Intel Penryn mobile processors. The release arrives alongside new MacBook updates.

The new MacBook Pro features the latest Intel Core 2 Duo technology with
up to a 2.6 GHz processor with 6MB of shared L2 cache; up to 4GB of 667 MHz
DDR2 SDRAM memory and up to a 300GB hard drive, plus NVIDIA GeForce 8600M GT
graphics with up to 512MB of video memory.

The 17" model now offers an optional LED screen and a 2.6GHz model remains available as a built-to-order option at the Apple Store. The MacBook Pro also incorporates the advanced multitouch trackpad that was first introduced on the MacBook Air.

FF_productions
According to Apple, your looking at 5 hours of battery life, that's with wireless on, browsing websites and the display at 50%. 4.5 Hours for the 17 incher.

So without wireless and the display pretty dimmed down, we're looking at 6 hours? I'll wait for the official tests.

Just makes me want to get a MacBook Pro again...each update better then the other.
Score: 1 Votes (Like | Disagree)

For those who have been waiting -- was this really worth it?

Yes. VERY MUCH. The people who don't like this update are either made at themselves for not waiting or are one of those people that are never satisfied.

My question is what kind of difference would the L2 cache make (form 3 to 6 MB)?
Score: 1 Votes (Like | Disagree)

ditto, why the same design :apple:? why?


Does it need a re-design? It is the sexiest laptop out there.
Score: 1 Votes (Like | Disagree)

what tells you its penryn? It still says core2 duo

where on the store does it say Penryn? I see "Core Duo"


This "Penryn" or "Coppermine" junk is just code names for sometimes-trivial improvements in Intel CPUs. As the code names are followed only by CPU enthusiasts you won't ever see them on Apple marketing materials.
Score: 1 Votes (Like | Disagree)

sorry where are you getting that from? The processor is described exactly as it was yesterday, core duo, no speed change. What tells you thats' Penryn?