Thursday January 3, 2008 7:29 am PST by Arnold Kim
A newly published patent application (filed March 13, 2007) reveals that Apple has been researching a dynamically changing keyboard using OLED (organic light emitting diodes) on each key face. This is similar to the widely-publicized (but not yet shipping) Optimus keyboard: 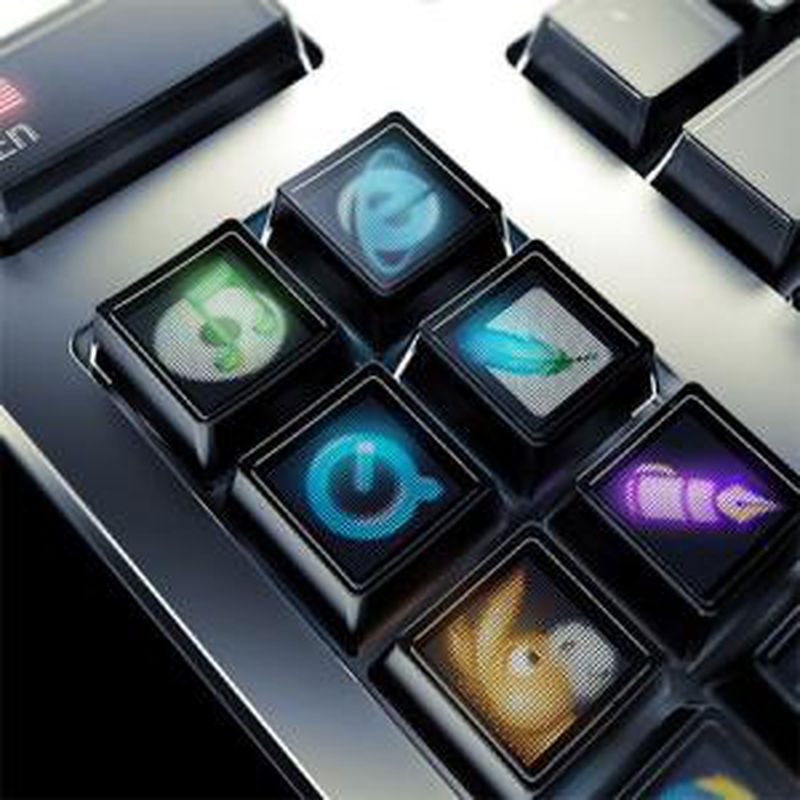 By modifying the key faces, keys could reflect the current functionality, rather than relying on memorizing shortcuts. When introducing the iPhone, Apple boasted that the lack of physical keys meant that the user interface was entirely flexible. OLED-lit keys would provide similar flexibility.