iPhone 12 Mini Reviews: The Best Small Smartphone but Battery Life 'Leaves Much to Be Desired'

First impressions of the iPhone 12 mini have now been shared by select media outlets and YouTubers, providing a closer look at Apple's small form factor smartphone. Reviewers praised the ‌iPhone‌ 12 mini's size and full feature set, but were disappointed about the device's battery life. 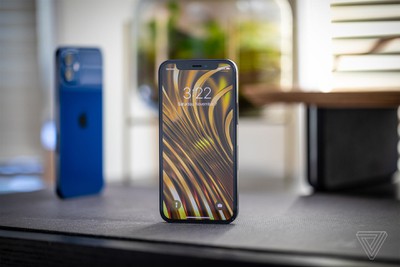 The Verge's Dieter Bohn believes that surprisingly little is lost on the ‌iPhone 12 mini‌'s smaller display:

Despite the smaller screen size, you don't miss out on as much as you might expect. Compared to the regular iPhone 12 with a 6.1-inch screen, there are maybe one or two lines of text that are cut off. What you actually miss out on is that sense of immersion you can get from a bigger screen when you’re playing a game or watching a movie. Those were the only times this screen felt cramped.

TechCrunch's Matthew Panzarino similarly noticed that the display size felt surprisingly similar to that of the iPhone 11:

If you look at this and an ‌iPhone 11‌, because of the way that the screen is rendered, you’re going to see pretty much the same amount of content.

He also experienced an improved typing experience on the smaller device compared to a number of older models:

I am happy to report that the typing experience on the ‌iPhone 12 mini‌ is far superior to the 4.0-inch first generation SE. It even gets a leg up on the 4.7-inch iPhone SE introduced earlier this year because the screen is the same width but taller... This additional size, especially for the spacebar, improves the typing experience measurably. The key spacing is a bit less generous than the ‌iPhone 12‌, but this is a workable situation for typing.

In benchmarks, Panzarino found that the ‌iPhone 12 mini‌'s A14 Bionic processor underperformed slightly compared to other ‌iPhone 12‌ models, but it was close enough to not be noticeable:

While it appears that either heat management, scaling or power management in general has made Apple tweak the processor ever so slightly, the benchmarks are close enough to make it a wash. There is zero chance you ever see any real-world difference between the ‌iPhone 12 mini‌ and any other ‌iPhone 12‌.

While the mini offers the same great performance as the larger model, its battery life leaves much to be desired... Sure enough, on my first day of using the 12 mini as my daily driver, I pulled it off the charger at 8AM and it was on its last legs by 4PM.

By contrast, Panzarino had a surprisingly positive experience of the ‌iPhone 12 mini‌'s battery life compared to the larger ‌iPhone 12‌:

Bohn found battery life to be a key limitation of the device, but remarked that it was a variable experience that could be improved by a more diligent approach:

The battery life on the ‌iPhone 12 mini‌ is noticeably worse than on the ‌iPhone 12‌, which itself was a step down from the battery-champ ‌iPhone 11‌. For me, it's good enough, but it does mean I'm already using it differently than I use bigger phones.

Without making any effort at it, I have consistently drained the ‌iPhone 12 mini‌’s battery by early evening... So it's not bad, but it's definitely not great. My feeling after a little less than a week is that getting through a day requires a little bit of battery management. Holding yourself back from putting an hour into an Apple Arcade game, knowing where your next opportunity to charge might be, and above all being more willing to turn on the low power mode.

Velazco expressed some concern over the price of the ‌iPhone 12 mini‌ when compared to the iPhones of previous years:


Another reason I can't fully get on board with this thing is that it sits in a strange place in Apple's ‌iPhone‌ lineup. At $699, this is the cheapest version of the ‌iPhone 12‌ the company makes, but last year you could get a phone with a bigger screen and much better battery life for the same price.

Framed as a budgeting decision, this is the most accessible of Apple's newest iPhones, but that doesn't mean it's going to make sense for most people. And despite the 12 mini's improved performance and better screen, I'd still probably recommend that shoppers who don't want to drop $800-plus on a phone consider last year's ‌iPhone 11‌ instead.

On the other hand, Panzarino believes that the ‌iPhone 12 mini‌ offers excellent value for money:

The ‌iPhone‌ mini is by far the best value per dollar in Apple's 2020 lineup. With this you get all of the power and advances of the ‌iPhone 12‌, everything but the telephoto camera (and 60fps/4k video) of the iPhone 12 Pro and everything but the new sensor in the iPhone 12 Pro Max. Those additions will cost you anywhere from $300-$400 more over the life of your device if you choose to step up.

For early unboxings and first impressions, check out our summary, which compiles over a dozen of the latest videos reviews.

‌The ‌‌iPhone‌‌ 12 mini is now available to pre-order in the United States and numerous other countries, with deliveries to customers and in-store availability beginning Friday, November 13.

chewbaka
I don’t think phone gamers are the target audience for the mini. I just want to communicate and navigate without having to carry a phablet in my pocket. Going to replace my 6s which has served me well for these purposes with a 12 mini.
Score: 32 Votes (Like | Disagree)

THIS HASN’T HELPED ME CHOOSE WHAT PHONE TO BUY *cries*
Score: 31 Votes (Like | Disagree)

Cryates
I don't need the 6-8 hours SOT battery that some crave, which, I have my thoughts on that. I just need a solid 3-4 hours SOT through the day, and I charge a few times naturally anyways via CarPlay. This is the one for me. Excited for Friday.
Score: 17 Votes (Like | Disagree)

It can't be the best small smartphone if it has a bad battery.

no one says it has a bad battery. just lesser than the regular and pro/max.
Score: 14 Votes (Like | Disagree)

darcyf
In 2-3 years when they've refined the mini to improve battery and add a pro-camera system (Mini Pro!) this will be the ultimate phone to replace my 11 Pro.
Score: 12 Votes (Like | Disagree)
Read All Comments

Tuesday March 2, 2021 3:21 am PST by Sami Fathi
NASA's Perseverance rover, which recently made history landing on the surface of Mars, is powered by the same processor used in an iMac more than 23 years old. Image Credit: NASA As reported by NewScientist (via Gizmodo), the rover includes the PowerPC 750 processor, the same chip used in the G3 iMac in 1998. The main chipset is the same; however, there are differences between the...
Read Full Article • 175 comments

Tuesday March 2, 2021 9:32 am PST by Hartley Charlton
Apple will retain the Lightning connector on the iPhone for the "foreseeable future," with no intention of switching to USB-C, according to reliable analyst Ming-Chi Kuo. In spite of much of the industry moving toward USB-C, Apple will not be using it to replace the Lightning connector on the iPhone 13, or indeed on any iPhone model for the time being. In a note seen by MacRumors yesterday,...
Read Full Article • 244 comments