The first reviews of the new iPad Pro have hit the web and we've rounded them up below.

Given that trackpad support is coming to all modern iPad models with iPadOS 13.4, set to be released later today, the actual hardware changes to the 2020 iPad Pro are rather minor. Reviews confirm that the device's new A12Z Bionic chip has very similar CPU performance as the previous A12X chip, and beyond that, the only additions are an Ultra Wide camera, LiDAR scanner, and better sounding microphones. 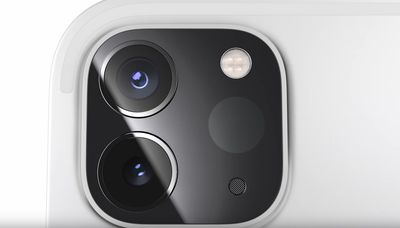 Moreover, the LiDAR scanner is more about the future than today. The Verge's Dieter Bohn noted that the sensor "improves some current apps for free, but there aren't any third-party apps that take full advantage of it yet."

"As I used the iPad Pro this week, I kept coming back to that LIDAR sensor," said Bohn. "It's a powerful and interesting sensor and Apple's total control over software and hardware means that it 'just works' to improve existing apps. But as powerful as it is, I'm not super sure a lot of users will be able to take advantage of it — it's an extra thing they may not even use."


There are some benefits to the LiDAR scanner today. For example, all existing ARKit apps will now have instant AR placement, improved motion capture, and people occlusion, while the Measure app can more quickly calculate someone's height.

Apple has been heavily invested in augmented reality for years, and with rumors suggesting that the company is working on an augmented reality headset, the LiDAR scanner will likely have much more significance in the years to come.

As for the A12Z Bionic chip, Apple told WIRED's Lauren Goode that it has enhanced thermal architecture, meaning that it should heat up less when pushed to the limit. And while the A12Z does not move the needle with CPU performance, it does have an eight-core GPU — up from seven in the 2018 iPad Pro — for a modest boost in graphics performance.

The new Ultra Wide camera is mostly what you would expect based on the iPhone 11 Pro, enabling 0.5x zoom for those who take photos with an iPad.

It’s probably one of the most underwhelming upgrade Apple has had in recent years.

To be fair, the crowd here has said the exact same thing about numerous Apple devices that then went on to be bestsellers.

My criticism is uncertainty with future iPad Pro models. Apple will more than likely change the form factor of iPad Pro in the future. Meanwhile, Magic Keyboard and Magic Trackpad 2 are almost guaranteed to work with future Macs and iPads.

I hated the price of the regular Smart Keyboard and for the next gen iPad Pro I bought, I ended up trying others. Went through like 5 other brands. Some had backlights and function keys, some had better protection. All were cheaper. Wanna know where I ended up? Back to buying an Apple Smart Keyboard because it was so seamless and easy to carry.

I’ll complain until I’m blue in the face about how apple overpriced things, but when it comes to actually using the product, often I find it just can’t be beat. Same for the magic keyboard. It’s super expensive and yet it’ll be best in the market. So it comes down to do you want the best? Pay for it, enjoy it and move on
Score: 8 Votes (Like | Disagree)

44267547
Lots of negativity as usual, I think this iPad really is Not necessarily targeted for the 2018 iPad owners, but for those may who have an older model aside from that, or who want to graduate to the Pro Series from a ‘lesser model’.

As for the keyboard, it is expensive, yes, but I definitely think it serves it’s purpose for those who really want the trackpad experience. It’s optional, not a mandated purchase for those Plan on upgrading to the 2020 iPad Pro.
Score: 8 Votes (Like | Disagree)

twocents
Really impressed with how far the iPad has come in just over a decade. Gone are the days of a giant iTouch and now a solid product in its own right
Score: 8 Votes (Like | Disagree)

jjudson
I can't think of anything more useless to the majority of iPad users than this camera. Apple has to give us more than that to cause folks to shell out big bucks...
Score: 7 Votes (Like | Disagree)

Ghost31
just to sum up what’s going on right now: ignore the iPad Pro if you have a 2018. The real upgrade is the magic keyboard and it’s not even out yet.

the lack of a real processor Upgrade is downright bizarre. So bizarre it scratches that part of my brain that thinks something else is going on. a year and a half in technology advances and yet barely a real processor bump? Yeah no. The rumors about the fall iPad update will probably be true. This is iPad 3 all over again.

I’m getting the magic keyboard and sittin happy until the real iPad comes this fall
Score: 7 Votes (Like | Disagree)
Read All Comments