If you've ever wanted to record a video of your Mac's screen but don't know quite how to do so, then you've come to the right place. Keep reading to learn how you can record any Mac desktop activity in just a few simple steps. 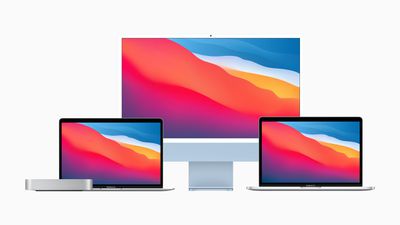 Recording the activity on your Mac's screen can be useful for a number of reasons. For example, if you want to teach someone how to perform a particular function on their Mac, you could record a mini tutorial showing them how it's done.

Or maybe you want to demonstrate a bug or some odd Mac behavior, in which case you could make a video showing it in action. Either way, it's easy to capture a recording when you know how.

In macOS Mojave and later, Apple includes a screen capture interface that unifies the screenshot and screen recording features on Mac, making them easier to access from one place. You can get to it by hitting the keys Command-Shift-5 on your keyboard.

On the right of the floating palette's first divider are two buttons to begin a screen recording – taking in the whole screen or just a portion of the action.

You can click the rightmost button on the palette to reveal an additional menu of options for controlling other variables, like where you want your recordings to be saved (Desktop, Documents, Clipboard, and so on) and whether to include a 5 or 10-second delay before the recording takes place, giving you time to get your screen in order.

If you're taking multiple video clips in sequence, you probably won't want the floating thumbnail showing up in subsequent captures, which is why the option to turn it off exists.

By default, screen recordings are saved in .MOV format, which can be viewed in Apple's QuickTime Player as well as many third-party video playback apps such as VLC, making your video clips easy to share with others.

For tips on controlling the behavior of screenshots using keyboard shortcuts, check out our dedicated how-to article on the subject.